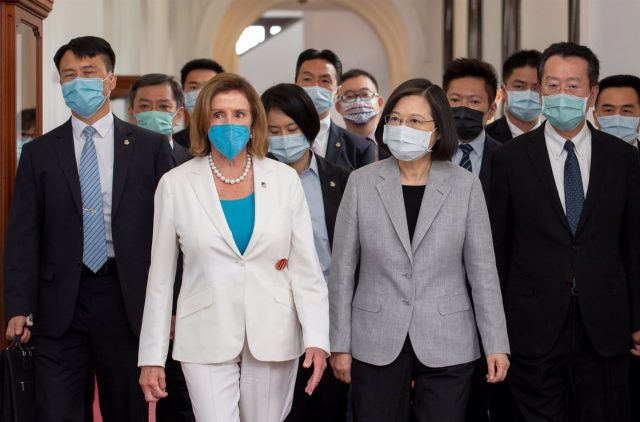 A delegation of Taiwan’s main opposition party, the Chinese Nationalist Party — Kuomintang (KMT) — traveled to China on Wednesday, at the height of tensions following the visit to the island of U.S. House Speaker Nancy Pelosi and Beijing’s response in the form of military maneuvers.

The delegation is led by the party’s vice chairman, Andrew Hsia. The visit, the opposition contends, had been planned for much longer since the rise in tensions in the region originated and is intended to meet with Taiwanese businessmen and students residing in China.

Hsia and his party are scheduled to visit the Taiwanese community in the coastal provinces of southeastern China, such as Fujian, Zhejiang, Guangdong, but not in Beijing. The KMT delegation will return to Taiwan from August 27, once the quarantine period set by the Chinese authorities is over.

The trip of the opposition politicians has not pleased the Democratic Progressive Party (DPP) government, according to Taiwan’s President Tsai Ing Wen, who has accused the KMT of “disappointing” the Taiwanese people, as well as sending “the wrong message” to the international community.