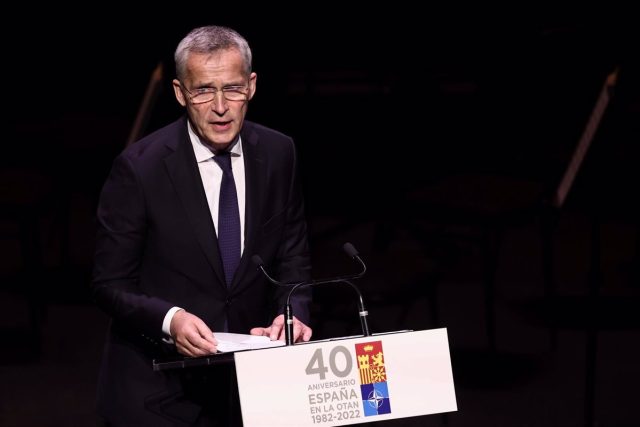 NATO Secretary General Jens Stoltenberg announced on Wednesday that he will bring together senior officials from Sweden, Finland and Turkey at the alliance’s headquarters in Brussels to unblock the accession of both Scandinavian countries, which Ankara vetoes citing security concerns. for links with the Kurdistan Workers’ Party (PKK).

In a press conference from Washington, where he met with the US Secretary of State, Antony Blinken, the former Norwegian Prime Minister confirmed that a meeting “in the next few days” will be arranged to ensure that the military organization “progresses” in accession of Stockholm and Helsinki, which requires the unanimity of the 30 allies.

Stoltenberg has indicated that he hopes to make progress before the NATO leaders’ summit in Madrid at the end of June and has avoided detailing what the Nordic countries must do to save the Turkish veto. That yes, the secretary general of NATO has cited the PKK as a “direct threat” to Ankara’s security that the organization as a whole “takes seriously” and has recalled that it is the NATO member that most terrorist attacks has suffered in its territory.

In any case, the political head of NATO has reiterated his confidence that Sweden and Finland will join the military organization, showing that the alliance is capable of dialogue and finding solutions to the differences between its members. “I am confident that we will find a way out. All the allies support the entry and for that we have to sit down and see how to move forward all together”, he stressed.

For his part, the US Secretary of State has reiterated the support of the United States for the candidacy of the two Scandinavian countries, assuring that there is a “great consensus” in NATO on the advisability of integrating Sweden and Finland, and hoping to “advance fast” in the process.

Turkey’s position already disrupts the plans of the Atlantic Alliance for an ‘express’ accession of Sweden and Finland, since the initial plan was for the Atlantic Council, which brings together the allies, to open the negotiations and have the access protocols ready by the end of May.

The decision-making body of NATO does not plan to convene new meetings to discuss the entry of Sweden and Finland, after the first frustrated debate and now it is expected that the next time it sits down to discuss the issue it will be because Turkish reticence has been cleared .

The meeting between Stoltenberg and Blinken comes a few weeks before the NATO summit in Madrid that will mark the ‘road map’ of the military organization for the next few years and in the midst of the debate on the entry of Sweden and Finland into NATO in response to Russian aggression in Ukraine.