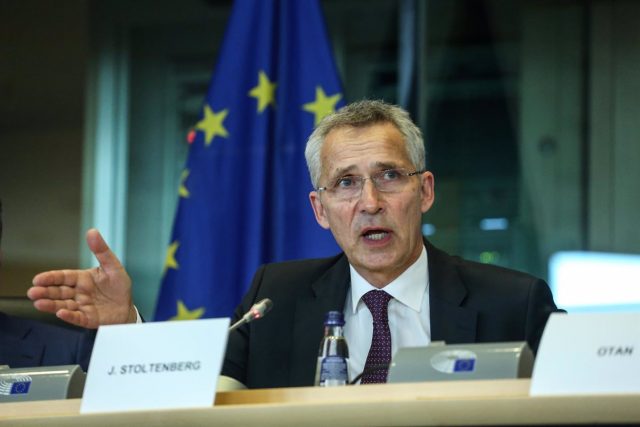 NATO Secretary General Jens Stoltenberg will receive at the headquarters of the Atlantic Alliance the leaders of Serbia and Kosovo next Wednesday 17, the day before their meeting in Brussels in the framework of the dialogue to normalize relations.

Separately, NATO’s political chief will first hold an interview with Serbian Prime Minister Aleksandar Vucic, and then it will be the turn of Kosovar Prime Minister Albin Kurti. The meetings will take place on the eve of the resumption of dialogue at the highest level between Belgrade and Pristina, facilitated by the European Union, which seeks progress after months of stalemate and marked by new friction between Serbia and its former province.

It also comes on the heels of tensions in northern Kosovo in late July over Serbian community blockades of border crossings in protest against the implementation of a law — already postponed for a month — whereby people from Serbia entering Kosovo would be required to surrender their identity documents, which would be replaced by others issued in Pristina.

This controversy is in addition to the fact that Serbian-issued car license plates for Kosovar towns with a majority Serb population were to be replaced by official ones from the separatist region.

NATO, which has a presence in Kosovo precisely to ensure stability in the area, recalled that its mission “remains firmly committed to security, ready to take the necessary steps to keep Kosovo safe.”

Read:  Six militiamen and one soldier killed in Pakistani clashes