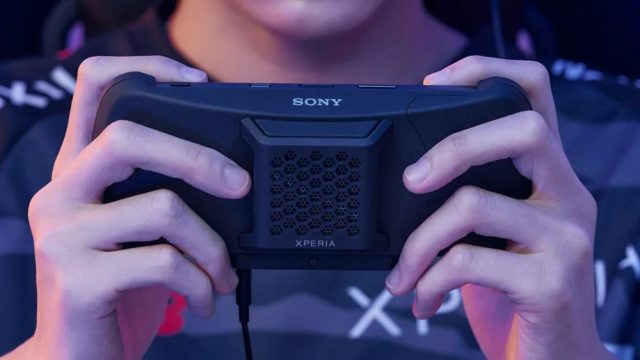 Sony has announced a new gaming accessory for Xperia phones. It’s called the Xperia Stream and it’s made to provide the most comfortable gaming experience using its recently launched flagship Xperia 1 IV phone. Curiously, a version for the Xperia 5 IV, the compact model announced just a few weeks ago has not been revealed, with Sony presumably considering that only its most expensive phone can be called a “gaming” phone alongside such an accessory.

The Xperia Stream is a kind of multi-functional case. It completely covers the back of the device and connects to the USB-C port. This can power the integrated cooler, which will cool the device, but it’s also possible to power and use the four ports on the bottom. Because the case covers the headphone jack on the phone, a new 3.5mm jack is now available on the Xperia Stream, along with an HDMI for larger display playback and an Ethernet port for more stable internet connections. Finally, a USB-C port on the accessory will allow for phone charging. The Xperia 1 IV isn’t exactly a champion of cooling, which usually leads to overheating in apps and games with high demands, despite the device’s high-end configuration. The Xperia Stream will thus allow you to sustain performance at a high level for longer, and the Game Enhancer app allows you to configure the phone and gaming case.

The HDMI port, however, only allows playback up to a maximum of 1080p at 120 Hz, so the signal won’t look very good on a modern 4K gaming monitor or TV, while the Ethernet port could provide faster download speeds and stable connections with lower latencies in multiplayer games. Also, for streaming games through services like PlayStation Plus, Xbox Game Pass or Stadia, a wired connection could provide a much better experience.

Read:  3D printers + drones, a lethal combination in the war in Ukraine Unfortunately, Sony hasn’t announced a price for the Xperia Stream, but considering it’s a gaming accessory for a phone that already costs $1,600, its price probably won’t be exactly low. The company will also offer the Xperia 1 IV alongside the Xperia Stream in a promotional bundle.