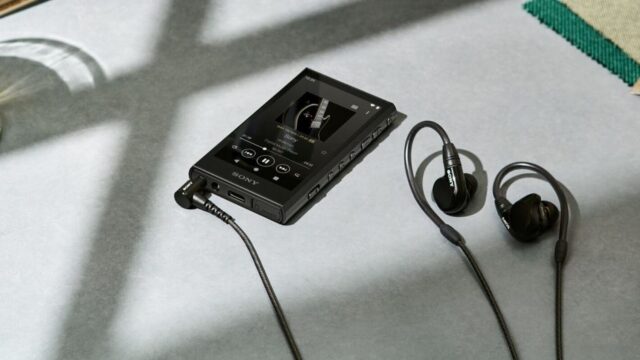 For the past few years, Sony has been releasing multimedia players under the Walkman brand in the premium range, priced in the thousands, but promising an audio experience superior to other portable devices on the market. Although the general public has long since replaced the portable player with the mobi phone, Sony still believes there is a market for such devices, announcing a new model, the NW-A306, with a lower price but similar capabilities to the premium models.

One of the reasons why the Sony Walkman NW-A306 is cheaper than the WM1ZM2 or WM1AM2 models is primarily the materials from which it is constructed. At 400 euros, you get a multimedia player made of ordinary materials, such as aluminium, without gold parts, or other, more expensive metals.

Read:  a near-perfect foldable, held in place by software

The Walkman still runs Android 12 and benefits from the S-Master HX sound processor with DSEE Ultimate, which adapts the sound played via AI algorithms. It can turn low-quality sound into much clearer sound, similar to what you get on a CD, according to Sony. This algorithm evolves over time and will be updated, most likely through Android software updates. The company says the effects of AI processing will be noticeable on both wired headphones, which always deliver high quality, and wirelessly via Bluetooth. The design isn’t much different from that of previously released models, with a 3.6″ screen, weight of just 113 grams and a battery that promises up to 36 hours of playback for FLAC files at 44.1kHz. For music in compressed format, due to the extra processing, it will only offer 26 hours.

Read:  iPhone 15 base models will get Dynamic Island, but not high refresh rate

With only 32GB of internal storage, this player, even at 3-4 times the price of the more expensive Walkman models, will still be very expensive for average users, who will most likely prefer to continue listening to music on their phone, even if they do so at a slightly lower quality.