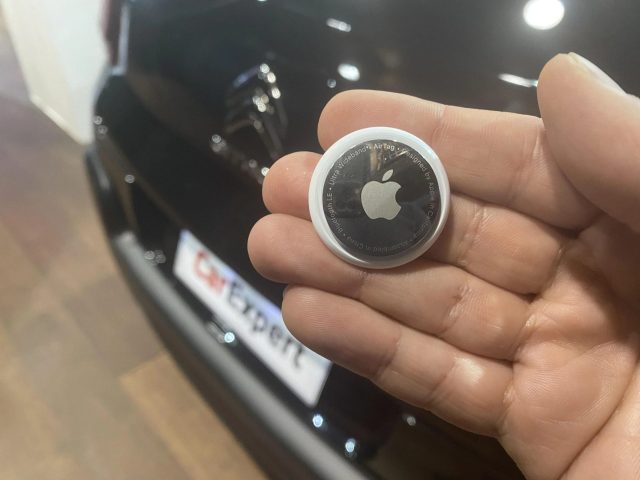 Faced with a perfectly justified avalanche of criticism of the AirTag product, Apple has announced concrete measures to prevent its use as a tool for espionage. However, the obstacles are easy to remove for those who want to abuse this technology.

Apple’s AirTags allow users to track and retrieve important items they need, such as house / car keys or travel luggage. All by using a miniature accessory, which once configured can work for years without the need for charging.

Promoted by Apple as extremely useful and safe accessories, AirTag devices are in fact the minimalist but almost as efficient equivalent of a GPS tracker. Even more compact and with autonomy measured in years, the device slightly larger than a coin allows the location and documentation of movements for any object or person to which it is attached,

It seems that it does not notice the potential for abuse at all, Apple has launched the AirTag accessory without imposing concrete limits on how it can be used. Inevitably, jealous spouses or loved ones have found that they can track their partner’s every move by placing a favorite AirTag associated with their iOS account in their favorite clothing or purse. Similarly, criminals found it very convenient to stick an AirTag on the car they wanted to steal, leaving only the victim to wait to park in a convenient location.

The way AirTags works allows remote tracking, especially in heavily populated areas. These devices use the Find My network, turning any Apple device, such as an iPhone, iPad, or MacBook into a detector capable of automatically reporting the position of each detected foreign device within range of the bluetooth connection.

In response to the scandal, Apple has updated the iOS firmware, turning iPhone phones into detectors for clandestine AirTags. Specifically, if an AirTag device registered by another person is repeatedly detected within the Bluetooth connection of the same device, its presence is revealed by emitting a very loud tone, alerting the possible target to the presence of the suspicious object.

Noticing the opportunity for profit, some people have already put “silent” versions of AirTag on e-commerce platforms. In essence, it’s the same AirTag sold by Apple, but offered at a surcharge after the seller “neutralized” the audible alert function by punching in a specific location on the device’s case.

The good news is that the other methods of alerting the victim remain functional, with the AirTag registered by a foreign person being announced on the owner’s iPhone, if it is detected repeatedly. Unfortunately for Android users, the alert can only come from an optional app that needs to be installed from the Play Store, greatly increasing the chances of the spy “operation” going undetected.