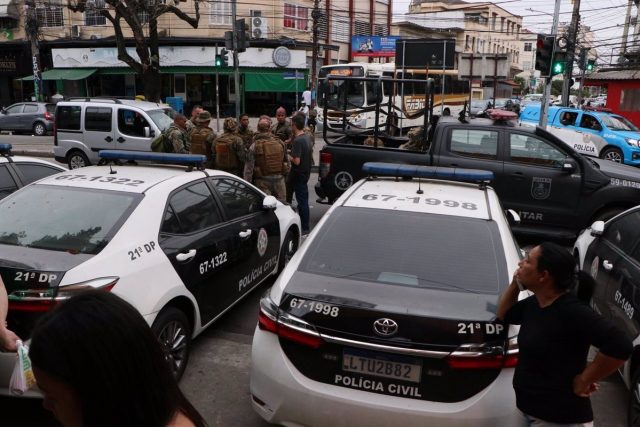 At least seven people have died and 26 have been arrested in an operation carried out by the Brazilian Police against criminal gangs in the north of Rio de Janeiro, specifically in the Maré Complex area, a situation that has led to the closure of 35 schools and four health centers in the area.

“Unfortunately, we have to face a dilemma. Preventing bloodshed due to a war between factions is above any problem that may be experienced today,” explained the spokesman for the Military Police of Rio de Janeiro, Ivan Blaz, as reported by the Brazilian newspaper ‘O Globo’.

Read:  Mexico proposes to create a high-level diplomatic delegation to mediate between Russia and Ukraine

The police stressed that all those killed in the operation had alleged ties to drug trafficking, although the family of one of them indicated that he was innocent. The operation has lasted several hours and has also caused traffic cuts in the area, located between two of the main highways of the city.