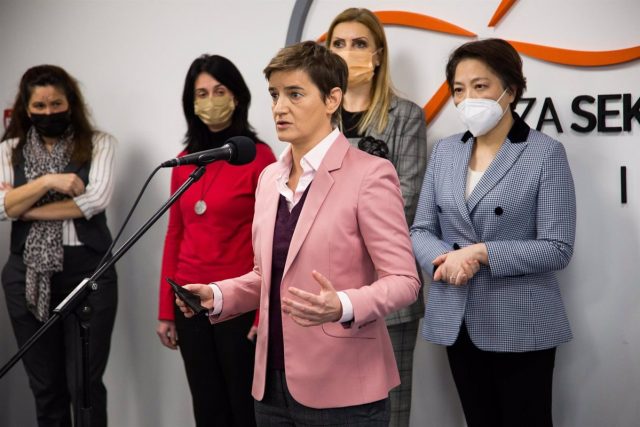 Serbia’s openly gay Prime Minister Ana Brnabic has appealed for national unity in response to attacks received from a high-ranking cleric of the Orthodox Church, who announced to “curse” those who attend the European Pride festivities, which this year are held in Belgrade.

“Now we have to fight for Serbia. We cannot afford to fight among ourselves,” Brnabic has responded during an interview for the Serbian Pink TV channel to the attacks of Nikanor Bogunovic, bishop of Banat, a historic region in southeastern Europe that is home to parts of Serbia, Romania and Hungary.

In this regard, Brnabic has pointed out that the efforts of all Serbs should be focused on the talks that the country’s president, Aleksandar Vucic, will hold this Thursday in Brussels regarding Kosovo, a former Serbian province that declared its independence in 2008.

“We have to give all our support to the Serbian president, who will fight in the talks in Brussels so that we can have peace,” he has settled on the eve of the meeting between Vucic and his Kosovar counterpart, Albin Kurti, to dispel any return to the tensions of years ago.

Brnabic thus responds to the Orthodox bishop’s statements in which he assured that if he could carry a gun, he would use it against all those who intend to come to Belgrade in September to “desecrate” the city. “I will curse all those who organize and participate in something like that,” the bishop said.

Nikanor’s words were censured by President Vucic, who claimed that with them he insulted not only himself but also the religious institution he represents. “He humiliated our Church,” he told the Serbian broadcaster Prva TV.

Just days after the religious man’s statements, tens of thousands of people marched through the streets of Belgrade carrying chants and uttering offensive chants against the LGTBI community to protest this year’s celebration of the European Pride in the Serbian capital.