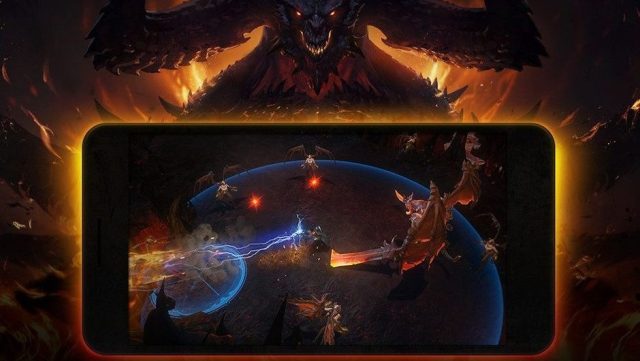 Diablo Immortal is the newest mobile game released by Blizzard in partnership with NetEase, and could soon become one of the most played titles of its kind. However, a large number of smartphone users cannot run this game on their devices, despite meeting the minimum system requirements. It seems that Samsung phones equipped with Exynos processors are the most affected, but Blizzard promises a solution.

Diablo Immortal doesn’t get along with Samsung’s Exynos chipsets

Users who tried to download the Diablo Immortal game from the Google Play Store on their Samsung devices equipped with Exynos chipsets ran into a technical issue that prevented the game from working properly. Basically, on these devices, the game graphics are not displayed correctly, being detected a problem in the textures. As a result, the image on the screen seems completely corrupted, and the game, although it can start, is impossible to play.

Blizzard has confirmed that it has received feedback from users and is working to resolve the issue. Unfortunately, Samsung users with affected models will no longer be able to download the game at this time, as it will be completely disabled on those models:

“We explore these issues that some customers have with certain Samsung Galaxy models that use Exynos chipsets. For now, we may disable downloads for these devices while we work to resolve this issue. We apologize for this and we will work to have a patch ready as soon as possible. “said company representatives.

Read:  Moscow police stop people on the street to inspect messages and pictures on the phone

Affected devices include some of the best-selling devices in Samsung’s portfolio, such as Galaxy S10, Galaxy Note10, Galaxy A51 5G and many more. Some users report that even the new Galaxy S22 flagship series with Exynos 2200 suffers from this bug. Qualcomm chipset models sold in the US and China do not appear to be affected.