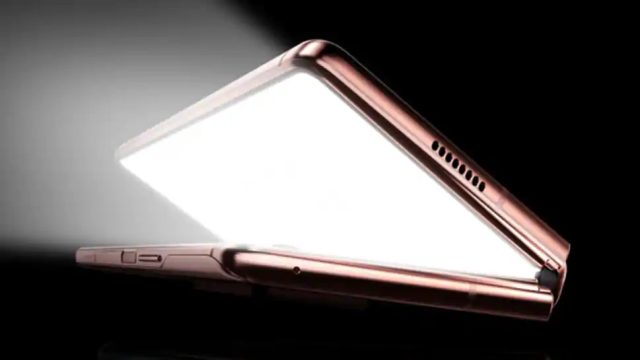 Like if instead of using a separate screen, placed on the outside of your Galaxy Fold phone, you always use the same screen that just changes shape to accommodate the usage scenario.

According to the latest patent granted to the South Korean company, Samsung is working on a new type of expandable screen, based on a mechanism that allows the “excess” screen to run in a compartment inside the case. It’s just that such a technology already exists and is simply called a roll-up screen, as there is no need for another patent to cement its future.

Read:  Ethereum is now the world's most ECO cryptocurrency, consuming over 99% less energy than Bitcoin

According to the new patent sent by Samsung for approval, the purpose of the “innovation” is to eliminate a screen on foldable screen devices, such as Galaxy Z Fold 3, leaving the manufacturer more flexibility in choosing the final design. Using the innovations described in the patent granted to Samsung, the secondary screen placed on the outside of the case will no longer be necessary, the folding screen inside being designed to cover both needs.

In practice, the new Samsung patent describes only one more phone with a scrollable screen, the possible difference being the way it runs over the front of the phone, completely eliminating the need for a front screen.

Read:  Google failed to cancel the €4.34 billion fine it received from the European Commission in 2018, but got a reduction

However, there is a long way to go from theory to practice. For example, there is no screen if the new screen type can be run for full view. Rather, we are also dealing with a compromise solution, in which the display diagonal is not exactly the physical one of the screen, remaining only with a solution that eliminates the need for the secondary screen, adding even more complexity to the finished product.