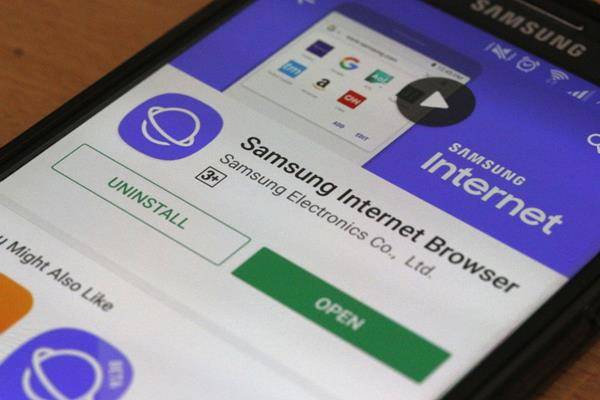 Delivered on the devices of the manufacturer of the same name, Samsung Internet is one of the most competent Chrome alternatives, the web browser being available for all Android users.

Already tested with the Beta 17 version, an important update is about to reach the official edition of the application, Samsung Internet receiving improvements in the interface and security functions. These include Smart Anti Tracking, a security feature that uses artificial intelligence algorithms to detect and remove cookies used by visited sites to track browsing sessions. The processing is done exclusively locally, using the neural accelerator already integrated in the chipset of modern phones, Samsung not being able to access the collected information.

Smart Anti Tracking technology will be automatically enabled for Samsung Internet users in Europe, South Korea and the United States. For users in other parts of the world, this will appear as an optional setting, and can be checked in the Settings menu for permanent use, or only for browsing sessions launched in Secret mode (Incognito equivalent).

Read:  Google will no longer grant Android certification for phones with less than 2GB RAM

Another important change is the selection of HTTPS as the default connection protocol to the servers of the visited sites, Samsung giving up the insecure HTTP protocol, very vulnerable to attempts to intercept and hijack browsing sessions.

Also for security, Samsung has added a new “privacy board” section, in which users can see a summary of security and privacy settings, placed in an easily accessible location for quick access. Here we also find Privacy reports, detailing the security measures for the sites visited.

Read:  Up to 5.3 billion mobile phones will end up in landfill this year alone

Regarding the interface part, Samsung has made the following changes:

Samsung Internet Beta 17 is available as a separate download from the Samsung Galaxy Store and the Google Play Store. However, the prepared improvements will also reach the official version of the application, available at a later date.