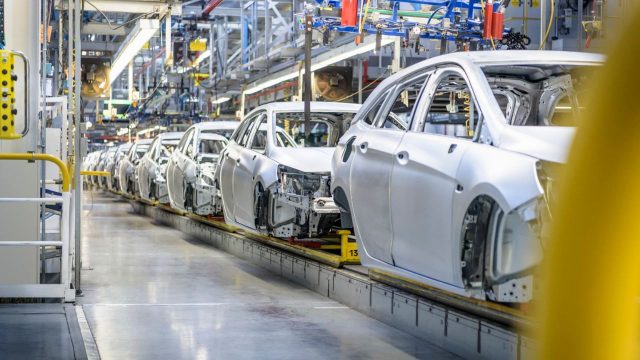 Russia’s once-promising car market fell 84 percent in May as sanctions and a lack of parts affected sales.

Sales of new cars in Russia fell by 84 percent in May, as international sanctions and isolation brought the blockade of an industry that had once been a showcase for foreign investment.

Less than 25,000 vehicles were sold last month, the European Business Association (AEB) said in a statement on Monday, the lowest level since 2006 and less than a tenth of the monthly levels seen in the past months.

President Vladimir Putin’s invasion of Ukraine on February 24th sparked a wave of sanctions from the United States and its allies, as well as supply disruptions in a wider range of countries.

Isolation has particularly hit the foreign-dominated car sector, with the exodus of overseas producers exacerbated by the industry’s heavy dependence on imported components.

“Some vendors have not yet sold all their stocks, so that’s for sale,” said Azat Timerkhanov of Avtostat. “But he’s running out fast.”

Only two of Russia’s more than 20 car factories now operate, one locally owned and one Chinese, he said. Most European and Asian manufacturers have suspended car deliveries, while even companies in countries that have not joined the sanctions have faced logistical problems.

“There are alternative suppliers being sought – usually Chinese,” he said, but there is still no certainty that he will succeed.

The Russian government has taken over some major factories from departing foreign companies, including the former Moskvich plant in Moscow, which was operated by Renault. It has already announced plans to sell disassembled models without imported safety and emissions technologies.

“Our car industry was based on foreign components,” said Georgy Ostapkovich, a specialist at the Moscow School of Economics. “There were practically no factories that did not operate on foreign platforms. Russia was just an assembly line. “

“We are facing primitivism and we will be left behind by the rest of the world for a decade,” he said.