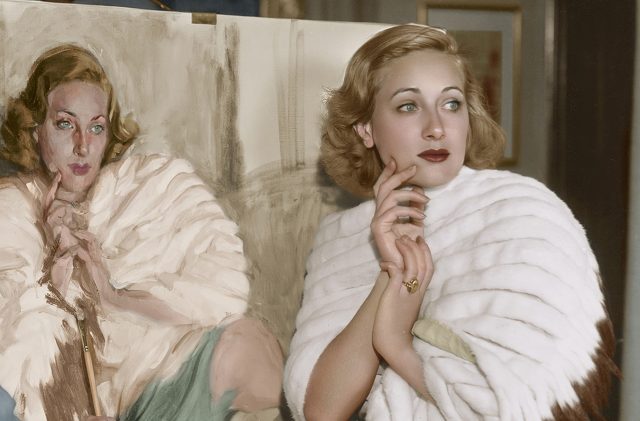 Although her name is less well known in our country, Tala Birell managed to impress film buffs in countries like Germany, Austria and the United States.

Tara Birell was born in Romania, but soon realised her place was on the big screen as well as the theatre stage, so she did everything she could to make her dream come true. If she succeeded, she succeeded even more than she probably hoped – but we’ll never know. She was Marlene Dietrich’s understudy and later became known as the “second Greta Garbo”.

Tala Birell: the road to Hollywood began in Romania

With her extraordinary beauty, the actress who began her life in Romania, Tala Birell, has managed to impress the whole world, even though her name is unfortunately foreign to Romanians.

Her real name was Natalie Bierl, Tala Birell was born in Bucharest in 1907, her father was of German origin (a Bavarian businessman named Karl Bierl) and her mother was Stefanie von Schaydakowska from Galicia.

She knew early on that she wanted to be an actress, so during World War I she studied at a private school in Berlin, and later got a brief cameo in a film that obviously opened the door to Vienna cinema. Later, she managed to become Marlene Dietrich’s understudy in German films, one of the most popular actresses of the time.

Read:  Uncharted, unexpected success at the premiere: how much money he made in the first weekend since its launch

Later life took her to the UK, where she starred in Cape Forlon (the German version).

Later, during World War II, Tala Birell arrived in Hollywood and even managed to make a name for herself there, with audiences and critics alike finding her extremely talented and outrageously beautiful.

So beautiful that at one point she was called “the second Greta Garbo”. Looking at photos of the actress, it’s easy to see why she was likened to the Swedish film legend of Hollywood’s Golden Age.

Tala Birell can be said to be the perfect blend of two artists who never “had each other at heart,” Marlene Dietrich and Greta Garbo. This detail is almost ironic in the given context.

As for her film career in the United States, it is worth mentioning that she achieved the perfomance of appearing on stage in My Dear Children at the Belasco Theatre on Broadway in New York.

In 1953 she had the opportunity to star in the 1953 episode of the popular television series Orient Express, entitled Red Sharf, based on a script inspired by Agatha Christie’s book of the same name.

Read:  A new giant enters Romania and works wonders for the local economy: how big the investment is

As you’ve already figured out, longing for family would bring her back to Germany, and that was in 1948.

So she moved with her mother to Munich, where she continued to appear in various plays. Moreover, she used to perform for American military units stationed in Germany.

Unfortunately, Tala Birell did not have a long life. A few years later, a terrible illness was to motivate her to put her career on the back burner in order to look after her health. This was in 1957.

A year later, on 17 February 1958, the Romanian-born actress lost her battle with cancer and died at the age of 51.

She is buried in the small Bavarian town of Marquartstein with her family.