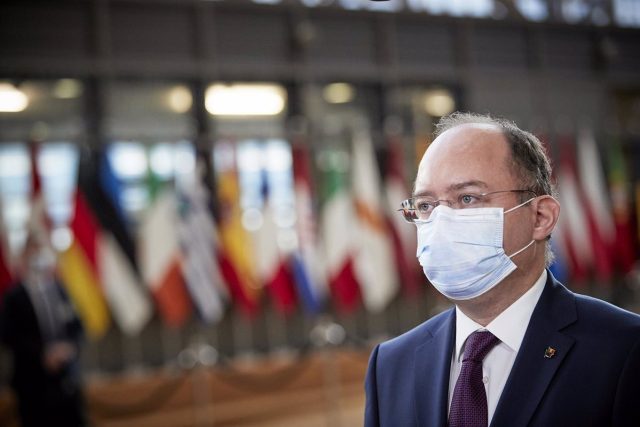 The Romanian Foreign Minister, Bogdan Aurescu, has asked the International Criminal Court (ICC) on Monday to “act immediately” to investigate the “crimes” committed in Bucha and other Ukrainian towns, for which he has blamed Russia.

“Clearly, there is no doubt that Russia is responsible for these crimes, because they were committed in an area of ​​Ukraine when this area was occupied by Russian forces,” Aurescu said at a press conference with his Estonian counterpart, Evan. Maria Liimets.

According to Aurescu, it is “very important” that the perpetrators of these acts are “investigated, brought to justice and held accountable for their actions”, which is why several countries have asked the ICC to open an investigation against Russia for crimes against humanity.

“In this context, we consider it extremely important that the ICC prosecutor (Karim Khan) and the experts (…) immediately go to Ukraine and start the investigation in the Bucha areas,” he added, before stressing that the ” evidence” in the cases to be investigated is “extremely solid”, according to the Romanian news agency Agerpres.

Read:  Security authorities criticize Boric for not expanding the state of emergency in southern Chile

On the other hand, Romania and Estonia have reiterated the need to coordinate their “positions” in the current context, marked by the Russian invasion of Ukraine.

“The consultations have been very consistent, both in terms of intensifying our bilateral cooperation and in terms of coordinating our positions in the current security context,” Aurescu detailed.