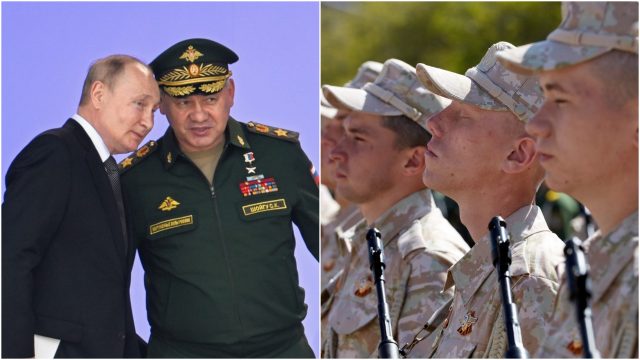 Putin has announced a partial mobilization in which 300,000 reservists are being called to arms to fight in Ukraine. Military experts believe the decision won’t change the fate of the military conflict, in fact it will be a disaster.

For one thing, Russia no longer has the technology to counter Ukraine’s growing modern weapons. Everyone knows what enormous damage just 12 HIMARS missile launchers have done to the Russians, and that the Harpoon missiles Kiev received have driven the Russian navy out of Crimea.

So 300,000 troops, backed by archaic T-62 tanks and technically-challenged “made in Iran” drones, cannot change the outcome of the war.

At the same time, unlike other reservists in other countries, who are thoroughly trained, most of those in Russia have never taken up arms after finishing their one- or two-year military stint, most more than 10 years ago, according to retired Colonel J.D. Williams, an expert with the RAND Corporation, as quoted by Task & Purpose.

“I think the more relevant question is: How capable and ready will the reservists be? Not really. How much training are they willing to give them before sending them to the front lines? At this point the indications are not much,” Williams explained.

Also read: The reason why Russia did not send the pride of its air force, the Su-57 “Felon”, to Ukraine

Read:  Vladimir Putin is behind bars... in Google Street View

In America, reservists are selected differently. Those in the Individual Ready Reserve and U.S. Select Reserve have served many years in the military, relatively recently. Many of them are veterans who served in military conflicts in Iraq or Afghanistan.

So we’re dealing with two opposing doctrines: a very large number of reservists with little experience versus a much smaller number who are highly trained.

“Just having access to large numbers of human beings means nothing without the ability to organize, train and equip them. I could be wrong, but I don’t think any mobilization of reservists in Russia is going to produce a decisive fighting force,” said Michael Samarov, a former colonel in the U.S. Marines.