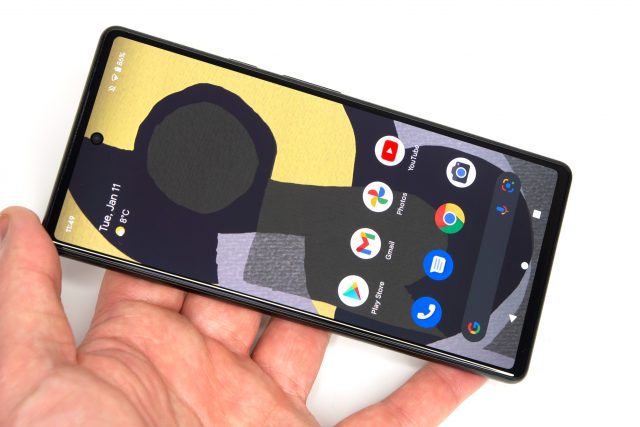 Problems with the screen are nothing new for Pixel 6 users, but this time the annoyances seem to be the fault of the users, degrading the appearance of the phone and less the image quality.

While shortly after launch, a small number of Pixel 6 phones developed “dead” pixels around the camera perforation, this time the problems appear to be not the result of manufacturing flaws, but accelerated wear and tear of the oleophobic layer designed to reduce the visibility of fingerprint traces and reflections of ambient light sources on the screen. Although, to some extent, gradual wear of the oleophobic layer is a normal phenomenon for the screen of phones used without additional protective film, it usually manifests itself in a uniform way. In this case we can speak of peeling of the oleophobic state, the circular pattern suggesting degradation caused by local contact with an acidic substance. According to the theories circulated by some users, splashes splashed when peeling an orange or lemon juice could be sufficient to damage the oleophobic layer. Another possibility is that the oleophobic coating is not applied properly, resulting in areas of poor adhesion that show over time.

Read:  Mark Zuckerberg announces that he will integrate NFTs in the Instagram network It is certain that the spots varying in number and diameter are only visible with the screen off, the appearance of the image is not affected.

The rather aesthetic defect, which is likely to depreciate the value of the phone on resale, can be prevented by avoiding direct exposure of the screen surface to corrosive substances such as citrus juice and even some types of disinfectant.