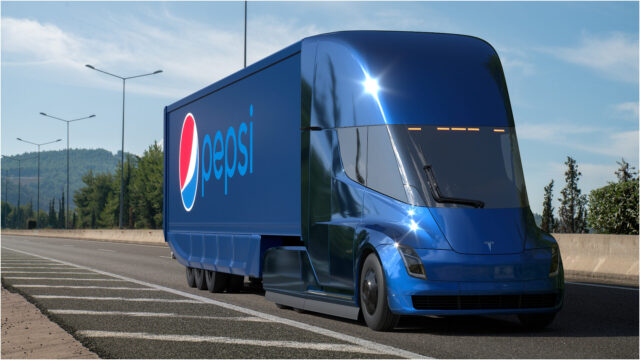 PepsiCo was the first company to start operating Tesla Semi electric trucks. A representative for the giant recently suggested that their range isn’t quite what the manufacturer advertised. Apparently the vehicles aren’t very reliable either, at least for now.

Rumors have surfaced about Tesla Semi trucks that have already broken down, and now one, from PepsiCo’s Frito-Lay subsidiary, has been photographed being repaired on the side of a road. In front of the truck we see what appears to be a Tesla service van. The Elon Musk-led company launched a special truck service last year called the Semi Service Programme.

Another @tesla Semi Breakdown. There is a fine balance of Sustainability and reliability. Fleets can’t depend on units that breakdown. $TSLA
.
2023 @Hyliion ERX 1,000 mile range! pic.twitter.com/spflHq02J2

The same incident was also filmed. The footage posted on social media shows the electric truck being towed by a special vehicle off the road. Moving faulty electric trucks is not an easy operation as they are very heavy because of the batteries.

Pepsi owns 36 Tesla Semi units, and these incidents seem to confirm what critics of the electric truck, including Bill Gates, say. According to them, these vehicles are not suitable for carrying heavy weights over long distances.

Gates, for example, says the batteries are big and heavy. The longer distances you want to travel, the more batteries you need. So the weight of the vehicle goes up and the carrying capacity goes down. In Europe, the maximum weight a truck can carry with its load is 40 tonnes.