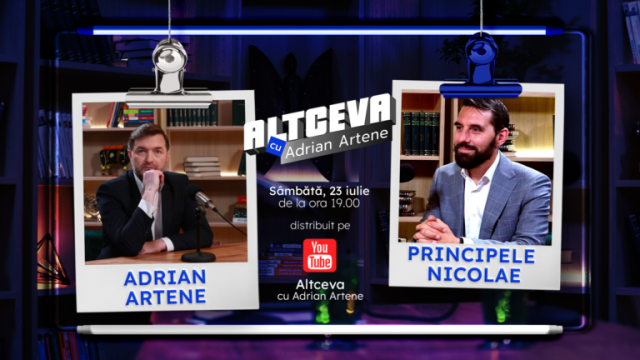 Prince Nicolae is Adrian Artene’s guest on the ALTCEVA podcast which will be broadcast on Saturday 23 July, starting at 7pm.

Nicholas Michael de Roumanie Medforth-Mills was born on 1 April 1985 in Meyrin, Switzerland, and visited Romania in 1992 on the occasion of his grandfather’s first visit after his exile in 1948. On his 25th birthday (1 April 2010), Nicholas was given the title of Prince of Romania, with the rank and appellation of Royal Highness, but by a document signed by the King on 1 August 2015 and which came into force immediately, his title and appellation were withdrawn and he was excluded from the line of succession to the Romanian throne.

Watch the full interview with Prince Nicolae on Saturday 23 July at 7pm only on the YouTube channel Something Else with Adrian Artene.