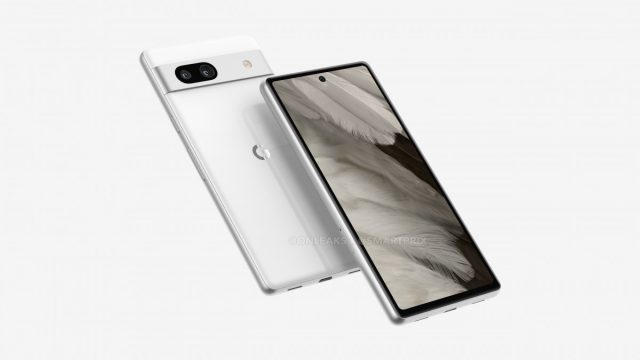 Expected to hit the market only next year, the Pixel 7a looks set to feature a strong exterior design inspired by the current Pixel 7 model, with Google moving to a less-compromising strategy to cut costs.

According to rumors so far, the Pixel 7a will receive significant upgrades that will position it closer to the “standard” Model 7.

More capable than we’ve been used to seeing on other A models in the past, the photo setup could feature a 1/1.7″ Sony IMX787 sensor with 64MP resolution, far superior to the 12MP solution found on the current Pixel 6a.

A trump card for the Pixel 7a could be the FHD OLED display with increased refresh rate to 90Hz, as Google feels it can no longer omit this feature already found on much cheaper phones.

Given that it will most likely offer the same Tensor G2 processor but also wireless charging, there’ll be little reason to pick a more expensive Pixel 7. Another argument in favor of the Pixel 7a could be the exterior design, which reduces the height and width of the camera “island”.

Instead, the compromises made for a lower price are more easily noticeable on the front, with the Pixel 7a appearing with a slightly wider bezel around the screen, especially at the bottom.

Read:  Android is losing ground to iOS, but it continues to dominate the smartphone market

According to renders sent to accessory developers, the Pixel 7a will measure 152.4 x 72.9 x 9mm, with the thickness going up to 10.1mm if you include the camera island. By comparison, the current generation Pixel 6a comes in at 152.2 x 71.8 x 8.9 mm, appearing slightly narrower in the palm. According to the same source, the color versions available will be white and dark gray.