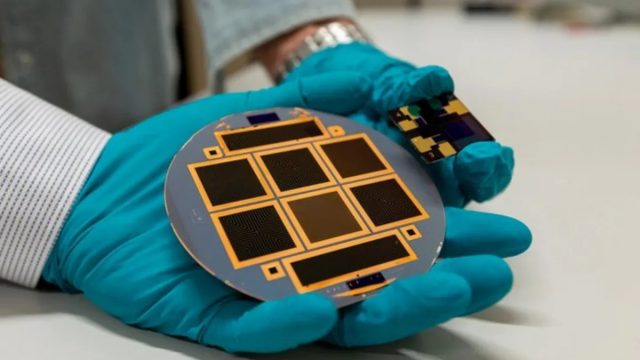 With no moving parts, low maintenance costs and over 30 years of service life, photovoltaic panels are one of the safest investments in renewable energy. The problem is that their efficiency is not very high, with most commercially available PV panels converting as little as 22% of the energy they receive from the sun into electricity. This shortcoming can be compensated for by increasing the area covered, but in addition to additional equipment costs, there are other issues, such as the ‘diversion’ of land that could be used for agriculture. Another problem is that in the Nordic countries there are fewer clear days and less sunshine than, for example, at the equator.

Improvements in photovoltaic technology can make a huge difference in the amount of energy generated, relative to the area deployed, bringing even the most Nordic photovoltaic installations into profit. Unfortunately, most of the innovations proposed so far come with the disadvantage of significantly increased manufacturing costs.

Read:  Instagram "copies" a feature again, this time from BeReal

But a technology involving the tandem use of two promising perovskite/silicon materials promises low manufacturing costs and record efficiency by exploiting multiple wavelengths of solar radiation.

According to Dutch researchers, the achievement is achieved by assembling photovoltaic panels in tandem, with a bottom layer of conventional photovoltaic cells sensitive to light in the visible and infrared spectrum. On top of these is a layer of perovskite/silicon cells, capable of converting ultraviolet radiation into electricity. The secret is that each layer absorbs only the light it is designed to absorb, while remaining transparent at other wavelengths.

The photovoltaic panel thus made comes with 4 terminals, combining the two sources of electricity with different voltages and powers requires the use of a dedicated controller, different from those used with conventional photovoltaic panels. The total efficiency of 30.1% is obtained by combining the two layers with efficiencies of 19.7% and 10.4%.

According to the team of researchers assembled from several European universities, combining the perovskite cell with other existing technologies can bring energy conversion efficiency to over 30%. So the researchers are already working on further optimising efficiency while preparing a design suitable for mass production at the most competitive cost.