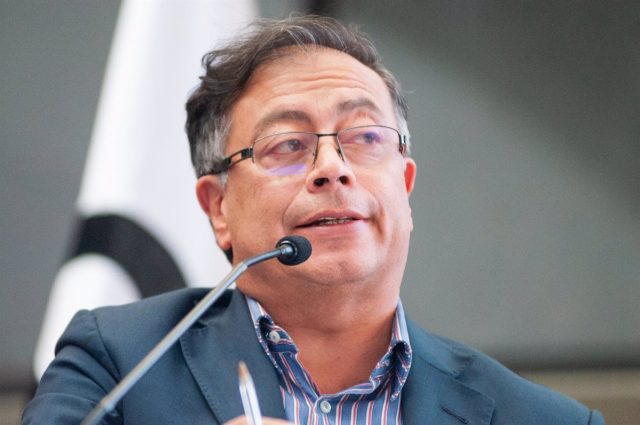 The president-elect of Colombia, Gustavo Petro, has bet that Cuba will be the host country for a possible negotiation process between the Colombian State and the guerrilla of the National Liberation Army (ELN), as already happened with the talks between the Government and the extinct Revolutionary Armed Forces of Colombia (FARC).

Cuba was the scene between 2012 and 2016 of peace talks between the Colombian government of then President Álvaro Uribe and the extinct Revolutionary Armed Forces of Colombia (FARC), with which Petro considers that the Caribbean nation should be given priority to host talks for a new peace process if it so deems.

“The Cuban government will be the one to say if it wants to stay as host. Cuba did not do well because then they turned it into an excuse for a diplomatic offensive,” Petro has pointed out regarding the criticism received by the island’s government for hosting the talks.

Likewise, he invited the Norwegian government to play its role as guarantor, as it happened with the FARC process, although he opened the door to other countries to play this role, such as Spain, which has also expressed “willingness to help the Colombian peace process”.

In this way, Petro has rejected in the first instance the offer of Chile to be the scenario of possible negotiation processes with the ELN, a proposal made this same Friday by the president of Chile, Gabriel Boric, in the framework of the visit to the country of the vice-president-elect of Colombia, Francia Márquez.

Boric’s appeal comes a day after Petro announced the resumption of dialogues with the ELN, an issue that constitutes the “first objective” of his future government and for which “the first steps” have already been taken.

“It is a first objective that would automatically bring less violence (in Colombia), but the complexity of the process with the ELN goes beyond that,” said the Colombian president-elect, as reported by RCN Radio.

For his part, the top guerrilla leader, Eliécer Erlinto Chamorro, alias ‘Antonio García’, has said he is willing to resume peace negotiations once Petro is sworn in.

Peace negotiations with the ELN broke down in 2019 following the attack against the General Santander Police Cadet School, in which 23 students were killed and a hundred injured.