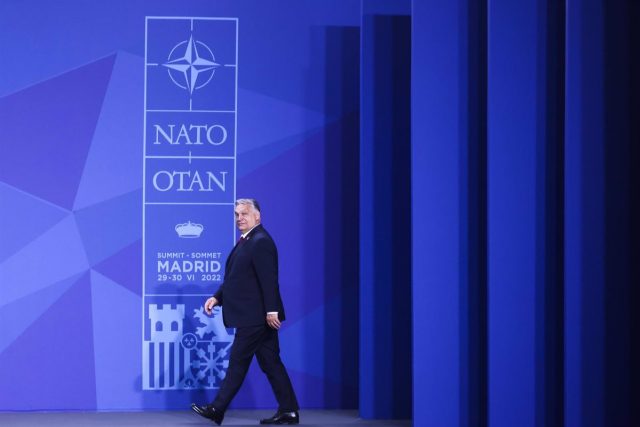 Klara Dovrev, representative of the Democratic Coalition, an opposition party in Hungary, has pointed out that the government of Prime Minister Viktor Orbán “has failed politically” after the executive declared an energy emergency and announced gas and electricity prices limited to the level of average household consumption.

“Abandoning the reduction of utilities could mean tens of thousands of additional weeks for most families. Tens of thousands of Hungarian families will face the fact that they have no money to pay for utilities,” he stressed, as reported by the Index news portal.

Executive spokesman Minister Gergely Gulyas has announced a seven-point action plan that will come into force in August to alleviate the consequences of the energy crisis. Among the measures are a ban on the export of energy goods, as well as firewood; an increase in domestic lignite production by the end of the year or the purchase of additional gas supplies.

The Executive has also highlighted in a statement on its official website that “those who consume above the average level of energy consumption will have to pay the market price for their additional consumption”, which, in practice, will not affect even three quarters of households, they have defended.

Thus, Gulyas has justified these initiatives due to the current situation and the possibility of insufficient supply for the autumn and winter season. “In practice, an energy crisis has developed in a significant part of Europe,” the Hungarian government said.

The government commissioner in charge of maintaining the reduction of services, Szilárd Németh, has announced, on the other hand, that large families currently have a reduced consumption limit, which will be maintained in the future.

Read:  Johnson sees "pretty clear" that Russia is preparing an invasion: "We are on the edge of the precipice"

The Hungarian government has also indicated that Hungary will increase domestic gas production from 1.5 billion to 2 billion cubic meters in an attempt to tackle the severe energy crisis unleashed in the country in the wake of the Russian invasion of Ukraine.

“The government has an emergency plan in case no gas arrives in Hungary, but at the moment the country’s gas supply is continuous,” Gulyas stressed at a press conference, as reported by the daily ‘Magyar Hirlap’.