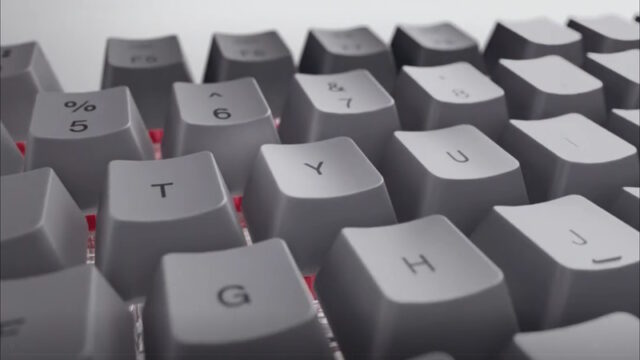 While it’s best known for its phone offerings, OnePlus also has an increasingly diverse portfolio of mobile and PC accessories. In addition to wireless headsets and smartwatches, fans of the brand could soon be “spoiled” with a OnePlus tablet and even a mechanical keyboard.

Confirmed since December, the new OnePlus keyboard gets a video teaser and official release date: February 7, 2023. Sleekly designed and designed to work equally with your PC or mobile phone/tablet, the new OnePlus keyboard comes with two switches. The first will allow you to optimise the keyboard’s functions for use with Windows PCs or Macs. The second allows selection of the connection interface, with users able to quickly switch between the PC connected via USB-C and the phone/tablet to which the keyboard is attached in Bluetooth mode.

Read:  Galaxy S23 Ultra could be the first phone with a 200MP camera

With a design clearly inspired by the mobile device sphere, the new keyboard could be an intentional accessory for upcoming OnePlus tablets, sleek PCs like those created by Apple, or Windows 11 All-in-One systems.

On the other hand, the compact design isn’t necessarily a boon for PC gaming, and the lack of the numeric key cluster may inconvenience office work.

Apparently, OnePlus developed the new product in collaboration with Keychron, a lesser-known manufacturer that specializes in sleek-looking keyboards.