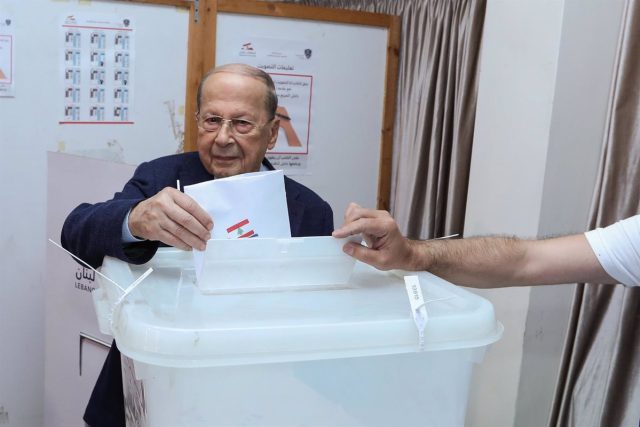 The head of the European Union observation mission in Lebanon, György Hölvényi, has highlighted a “calm” atmosphere in the first hours of the parliamentary elections despite some “minor problems”.

In statements collected by L’Orient le Jour, the chief observer noted “small delays” at the start of the day and lamented that many polling stations are “inaccessible or very difficult to access for people with reduced mobility.”

In fact, in many polling stations that are difficult to access, members of the Civil Defense or the security forces had to transport elderly voters or those with mobility problems. The EU monitoring mission will publish a detailed report on the electoral development on Tuesday.

For the rest, the Lebanese security forces have only confirmed one notable event at an Army checkpoint in Dahr Nassar, in the north of the country, in which two soldiers were wounded by shots fired by an individual who ended up subdued after receive a shot in the shoulder, according to a military statement collected by the Naharnet news portal.

Voter turnout in the country at noon was 14.6 percent. The last elections, held in 2018, resulted in a final turnout of 49.7 percent.

The vote inside the country, which is preceded by the one held between May 6 and 8 by Lebanese living abroad, is presented as a new power struggle between the two main opposing blocs in the country, the Movement March 14 –which seeks better ties with the United States and Saudi Arabia– and the March 8 Movement –led by AMAL and the Hezbollah militia party, both Shiites–.

However, another block comes into play that has gained strength and popular support due to its opposition to the dominant political class, especially in the face of the deepening of the crisis, and that hopes to be able to obtain sufficient representation in Parliament to promote its agenda.

The parliamentarians will also be the first since the aforementioned protests at the national level, which caused the fall of the Government then headed by Saad Hariri, which led to long processes of political stagnation and the formation of three other Executives to date -one of them headed again by Hariri after the 2020 explosions in the port of Beirut–.

The last elections resulted in a victory for the March 8 Movement, so the March 14 Movement hopes to obtain results that will return control of the legislative body, although Hariri, leader of Al Mustaqbal (Future) has advocated the abstention.