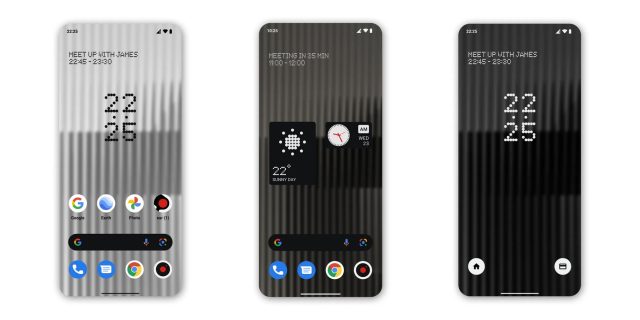 Nothing, the company founded in 2020 by Carl Pei, co-founder of OnePlus, has officially confirmed that it is working on a smartphone, which it will launch this summer. The phone will be called Nothing Phone (1), keeping the name format it started with the company’s first (and currently only) product, the True Ear (1) wireless headset. Along with the phone, Nothing OS, an Android-based operating system, will debut.

The fact that Nothing works on a mobile phone is not exactly a surprise. Shortly after its inception, the company bought all the patents and technologies of the former company Essential. Then, there have been multiple rumors in recent months about such a device, as well as photos with the company’s founder from MWC, who presented a prototype smartphone to the CEO of Qualcomm.

Carl Pei announced at an online event that Nothing Phone (1) will be equipped with a Qualcomm processor (which is not at all surprising) and that the Nothing OS operating system will be built to effortlessly integrate all of the company’s products. Basically, we want to create an alternative to iOS, in which the Nothing ecosystem works smoothly. Unlike Apple, however, Nothing will allow the integration of products from other companies, as this will be an open system that other manufacturers will be able to use.

Pei says Nothing OS will be able to use competing accessories, such as AirPods, for quick integration and will even be able to interact with car systems like Tesla’s, which includes neither Android Auto nor CarPlay.

Nothing OS will be a “light” version of Android, with changes in interface and functionality

Nothing Phone (1) will receive three years of software support for system updates and four years of security updates, according to the official announcement. However, it is starting to become the standard support period in the area of ​​high-end Android devices, some companies, such as Samsung, already promising four years of system updates, even on its mid-range models.

The official announcement for Nothing Phone (1) will come in the summer, when the phone will probably hit stores. In the meantime, the first “sample” of the Nothing experience on smartphones will be a launcher for Android, which will apply the phone’s interface on several compatible devices.

Nothing OS keeps the best features of Android “pure”, distilling the operating system to the essential components, where every byte has a purpose. It is designed to deliver a fast and fluid personal experience. It has a coherent interface, the hardware being perfectly integrated with the software through fonts, colors, graphics and custom sounds. The first preview for Nothing OS will be available through the launcher, which will be available for download on some smartphone models from April. “announced Nothing.