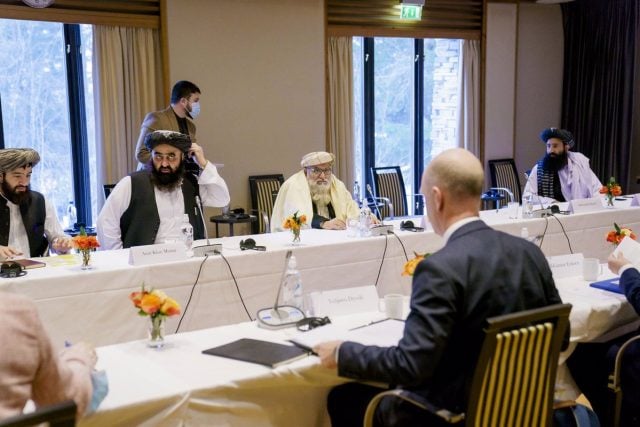 The Secretary of State of the Norwegian Ministry of Foreign Affairs, Henrik Thune, has announced that in Tuesday’s meeting with the Taliban delegation present in Oslo they will pressure the insurgents with “tangible demands” in exchange for sending humanitarian aid.

“We are going to present tangible demands that we can follow up and see if they have been met,” Thune told the Norwegian news agency NTB.

Thune has responded to the criticism with which the Norwegian government has been questioned, after this meeting has been seen by some as a sort of recognition of the Taliban’s authority over Afghanistan.

“It does not mean recognition” and, therefore, the Minister of Foreign Affairs, Anniken Huitfeldt, “would not meet with the Taliban delegation,” she has settled.

In recent days, a forum has been taking place in the Norwegian capital between a delegation from the Taliban, representatives of civil society and international diplomats to address the current crisis in Afghanistan, with the situation of women being one of the main items on the agenda .

This Tuesday the Taliban met with representatives of Afghan civil society and highlighted the “constructive discussions” they have had on how to “prolong political talks” between the citizens of Afghanistan, according to Abdulatif Nazari, one of the representatives of the insurgents.

Six women activists, seven politicians and a journalist participated in the talks, as well as 15 members of a Taliban delegation. This is the first meeting of the Taliban in a Western country since they took control of Afghanistan last August.