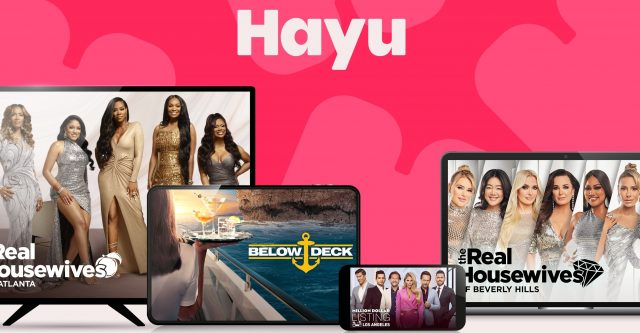 Hayu is NBCUniversal International’s new streaming service that has launched in Romania.

For reference, Hayu was launched in the UK, Ireland and Australia in March 2016, followed by Norway, Sweden, Finland and Denmark in November 2017 and expanded to Canada in September 2018, Benelux in December 2018 and South East Asia in October 2019. The service expanded to Germany and Austria in November 2020, followed by France, Italy, Spain, Portugal, Switzerland, Lithuania, Estonia, Latvia, Poland, Hungary and the Czech Republic in February 2021 and India in December 2021.

Read:  Premiere for the transport industry: the autonomous bus that will arrive on the roads

What’s more, if you didn’t subscribe to enough streaming services, in just a few days, another one will arrive in Romania. I’m not convinced it will make you forget Netflix, HBO Max or Amazon Prime Video, but it will certainly include a thick library of content.

SkyShowtime is the latest streaming service you might want to consider, given that it’s coming to Romania, even if you have to wait until the first quarter of 2023. By then, however, starting on 20 September 2022, just a few weeks from now, the platform will launch in several European countries, starting with the Nordic countries, followed by Central and Eastern Europe.

Read:  Netflix puts its foot down: the decision that will change everything you knew about your account

SkyShowtime might have a thick array of premium content that Americans have seen, at least in part, on different streaming platforms. Basically, it will centralize under one umbrella for Europeans the Peacock, Paramount+, Showtime, Nickelodeon, Sky, Dreamworks, Universal and, obviously, Paramount libraries.