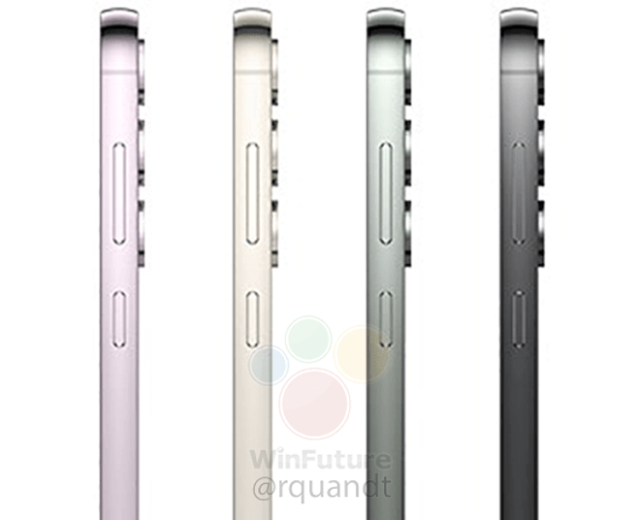 As we’ve become accustomed to before every major Samsung launch, someone has posted press photos online of the Galaxy S23, the “standard” variant with the smallest screen in the series. We can thus see the phone from several angles and some of the color options, which have already been previously revealed on the internet. It looks like, apart from the simplified camera module, the Galaxy S23 won’t be much different from last year’s S22.

Galaxy S23 will have a flat design

The standard Galaxy S23 will be available in four colour options: the classic Phantom Black, the new Botanic Green, Mystic Lilac and Cotton Flower, or the closest colour of white.

Read:  What the new MacBook Air with M2 processor looks like. Can the Apple laptop be repaired?

The phone will feature a fully flat screen and a cover on the back that is also flat, but with a slightly rounded bezel to provide greater comfort when held in the hand. Many complain about recent iPhones that have a completely straight bezel, which can become distracting if you use the phone more. The S23 and S23+ phones are expected with Full HD+ screens at 120 Hz and slightly updated camera systems from the previous generation. The Galaxy S23 Ultra however, is expected with a major camera upgrade, from 108 to 200 megapixels. All three models, however, will use Qualcomm’s new Snapdragon 8 Gen 2 chipset, regardless of region. Samsung has reportedly negotiated with Qualcomm to get an overclocked version of the chip, produced in its own factories, not TSMC’s factories.

The Galaxy S23 launch will take place on February 1 in San Francisco and will be webcast live. In the UK, the event can be watched from 20:00.