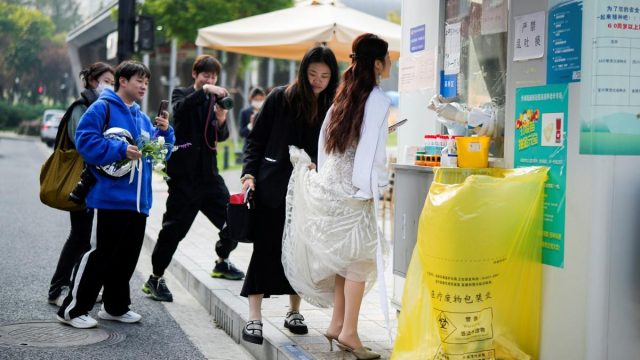 It has been at least two weeks since the cases of covid-19 are constantly growing and the European Medicines Agency (EMA) confirms what experts have been warning about for days: the emergence of a new wave of contagions “in the coming weeks&rdquor; due to the new virus subvariants, BQ.1 and BQ.2identified in different locations. “We are carefully following the new variants of the virus.” but “it is faster than we can be in the adoption of vaccines,” admitted the head of vaccines at the EMA on the 26th, Marco Cavaleriwhich confirms that the emergence of new mutations provides new escape routes to the virus.

At least half a dozen versions of the virus are vying to become the next dominant strain in the United States, but they are all part of the same family tree. “They are all descendants of omicron&rdquor;, Dr. Albert Ko, a physician and epidemiologist at the Yale School of Public Health, has explained to the U.S. newspaper ‘The New York Times’.

Although each subvariant has slightly different mutations, none of them appear to be creating significant waves yet, as the delta and omicron variants did when they first appeared, Ko said. Here’s what experts know so far about the new subvariants and what their mutations may mean for relapsing infections, symptoms, peak cases, and treatment options.

But there is one that is of major concern and that the EMA also keeps a close eye on: new XBB subvariant, which is spreading rapidly in Asia and has already been detected in some EU countries. It is a variant a product of a combination of two subvariants that shared genetic material. The XBB has been named ‘gryphon’, a mythological creature with the body of a lion and the wings and head of an eagle. It seems to have overtaken BA.2.75 Centaur, detected last summer, in terms of escape capability.

Experts call this variant “nightmarish”, since it shows a increased resistance to antibodies than do other variants and subvariants detected to date, Canadian evolutionary biologist T. Ryan Gregory, a professor at the University of Guelph in Ontario, Canada, has remarked.

The XBB variant is responsible for increases in covid-19 cases in. Singapore and in other countries in the South Asia, such as India.

Circulating alongside it, according to the Centers for Disease Control and Prevention (CDC), is the BA.5 subvariant, which drove the covid-19 surge in the summer and continues to cause just under half of the infections across the United States. But two other subvariants are growing rapidly and are expected to overtake BA.5 very soon: BQ.1 and BQ.1.1. As of the 28th, the BQ.1 variant accounted for 14% of covid-19 infections in the United States, while BQ.1.1 and BQ.1.1.1 are the two most common variants. BQ.1.1-also known as “hellhound.”– accounted for 13.1%. Finally, the variant called BQ.4.6 has also gained some ground since August and until that day accounted for 9.6% of covid infections in the United States, according to information reported by ‘The New York Times’.

To what extent should I be concerned about these new subvariants? The evolution of new coronavirus variants is nothing new. “We’ve faced this before, with influenza, for example,” Ko explained to the New Yorker. “Viruses and pathogens are constantly trying to adapt and escape the immune pressure we put on them.”