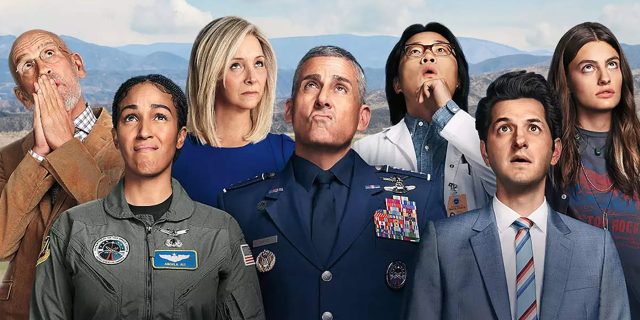 The first trailer for the second season of “Space Force” was released by Netflix recently. The few images give us clues as to how the action might unfold in this slightly atypical comedy.

Netflix’s “Space Force” production tells the story of the first group of people to set up the sixth branch of the United States Armed Forces, known as the Space Force.

Although the expectations were high, the first season of “Space Force” did not have the reviews desired by the producers, these being mixed. While some argue that we are talking about a good series, others are of a completely different opinion. The premise of success would have been there, but the reality did not live up to expectations. It remains to be seen whether the second season will be able to receive more goodwill from critics, but also from moviegoers.

Read:  Mercedes is in high demand: what's wrong with the German carmaker?

Netflix has released the first trailer for “Space Force”, for season 2, in which the team already known to the public, from the first season, is trying to make efforts to bring its mission to a successful end. Stuffing, drunkenness, sexual tension, drug use and general nonsense, here are a few words that could perfectly describe the new season.

We can hope that the producers understood what did not work in the first season and that they will apply the lessons learned in the second, so that the fans of “The Office” can finally be satisfied.

Read:  Razor invests in electric vehicles: what we know about the future product

Of course, when we talk about a parody, the chance of success is not guaranteed, the number of lovers of this cinematic genre is not so large. But if this scheme worked for “The Office”, but also for “Don’t Look Up”, there are chances that “Force Space” will succeed, in turn. It will all depend on the writers.

The second season of Space Force will begin on Netflix on February 18, 2022.