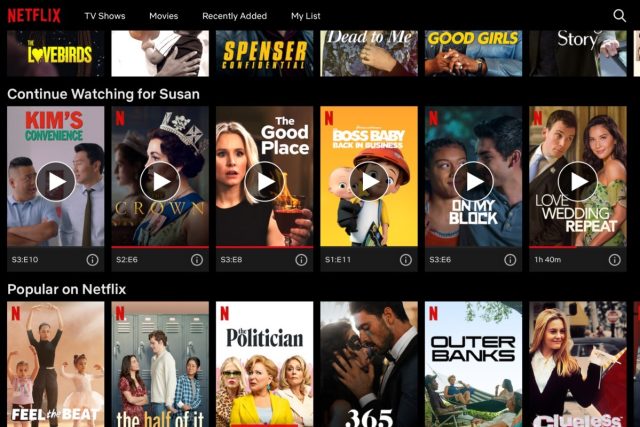 Netflix and Hulu are trying to prove that they are not “video service companies” before the Supreme Court in Ohio, USA. About 2,000 local councils have sued streaming services to prove this, as companies offering video services have to pay fees worth 5% of their revenue from each city to local authorities.

It appears that since 2007, there has been an Ohio state law that charges video service providers with 5% of local revenue. This video service charge came as a result of the regulation of cable operators pulling cables through cities. As each local council charged a different fee for such activities, this fee was simplified at the state level by setting a single quota of 5%.

However, local governments have realized that Netflix and Hulu, although offering “video” services in the state of Ohio, do not pay the appropriate fees. However, the two services claim that they do not offer video services as currently regulated. Companies say they should be classified as “specific digital products”. This is because Netflix and Hulu do not need their own physical infrastructure to operate, being accessed via the Internet. Thus, they should not pay the video service fee, as they do not need to pull cables on the territory of the state. Also, until now, companies did not need a video service authorization to operate.

Lawyer Gregory Garre, who represents Netflix in court, argues that it would be “absurd” to refer to these services as “video service providers”:

“It would mean that anyone who broadcasts video content on the Internet, whether it’s a high school that broadcasts educational content or sporting events, or a church that broadcasts its jobs, or even this court, which broadcasts this case from the courtroom today, would they should be considered video service providers under this law, which would involve costs to local councils. “

The counter-argument is that more and more users are abandoning traditional cable services in favor of streaming, which puts pressure on existing infrastructure, leading to the installation of new cables to support these services:

“Their content is difficult to differentiate from the usual broadcast television. It offers the same shows and the same movies. They are competitors of traditional television. They produce their own content. ”, says the lawyer representing Maple Heights in this process. However, he acknowledges that there are other streaming services, including telecom operators going in this direction with the video services they offer.

This case is not over yet, but depending on this verdict, streaming services may be reclassified as video service providers and charged accordingly. Those costs will certainly be covered by more expensive subscriptions, which customers will also pay.