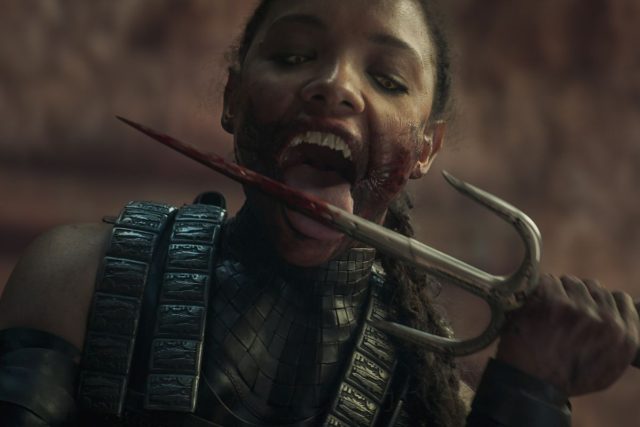 Good news for “Mortal Kombat” fans: the production will receive a sequel soon. It will most likely also run on HBO Max, the streaming channel on which the first part of the film has already made history, in terms of reported viewing figures.

We remind you that the first part of this production got decent box office figures, more precisely, it ticked 83 million dollars, all over the world, and this happened despite the restrictions imposed by the pandemic. Also, “Mortal Kombat” is the most successful HBO Max movie to date, which is a record.

Read:  The actors in "Harry Potter" through the lens of artificial intelligence: how different they are from the movies

Jeremy Slater has big plans: “Mortal Kombat” will be just one piece of his creative puzzle

As I mentioned earlier, Jeremy Slater is currently involved in the script for “Moon Knight” (where we can see Ethan Hawke and Oscar Isaac), a film that promises not to disappoint.

In addition, the screenwriter is working on a new adaptation of a novel written by Stephen King, “The Tommyknockers”, which will be released under the Universal Pictures logo. Moreover, he will team up with Travis Knight for a new movie that will be available at some point on Netflix.

Read:  Look at Rabla, it's not Rabla: the newest program for scrapping old cars, explained

He also produced “The Umbrella Academy”, a serial film available on Netflix.

It is unknown at this time what he will do after leaving the post. ” In fact, the first part ended in such a way that the sequel now seems like the natural step to follow.