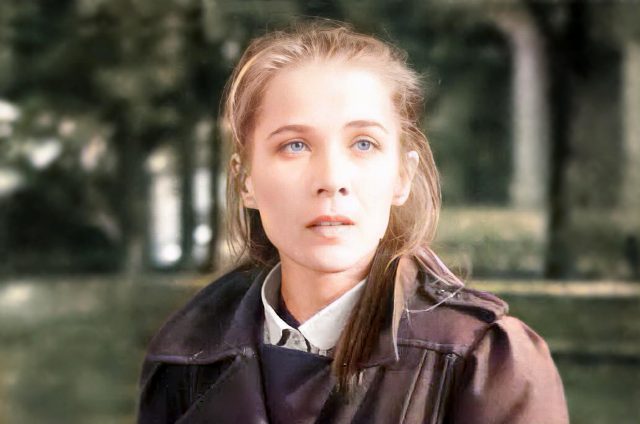 Mariana Buruiană is considered one of the most beautiful Romanian actresses of all time.

Despite this, she chose, at some point, another path, as we will tell you in the following.

Mariana Buruiană, one of the most beautiful actresses in Romania

Mariana Buruiană was born on July 11, 1955 in Arad and later attended the Ghiba Birta High School in the same town. Later, she went to I.A.T.C. Bucharest, more precisely, to the acting department.

Immediately after graduating from university, the young actress worked on the stage of the Youth Theatre in Piatra Neamt, but it did not take long before she succeeded, through a competition, to enter the “Lucia Sturdza Bulandra” Theatre in Bucharest. This happened in 1981.

In the period immediately following, she had the opportunity to collaborate with several radio and TV shows, appeared in feature and short films, toured the country and abroad and won a number of important industry awards.

In the following years, she resigned from the Bulandra Theatre in order to perform in the play Danaidele, by Aeschylus, directed by Silviu Purcărete and staged at the Craiova Theatre.

Eventually, he obtains a position as a university professor and teaches in the Department of Actor’s Art at Spiru Haret University in the capital.

Read:  Problems for Ford: What happened to sales in Europe

“I saw Mariana Buruiană twice, in Iasi. The first time, I think, she was performing in a Molière play. At the end, she had a smile that I will remember for the rest of my life! That’s the kind of smile only angels who charm people have! The second time was Ophelia. Then I even talked to her for a while, she wrote a few words on my part-time proofreader’s notebook”, said the poet Emil Brumaru about Mariana Buruiană.

The actress who gives acting on the holy ones

Not many years after the Revolution, Mariana Buruiană makes a strange decision, to say the least, considering the level of appreciation she enjoys. She gives herself almost totally to her faith and gives up the stage as well as the film.

Besides, her case is not unique, since Dragoș Pâslaru became, in his turn, Monk Valerian of Frăsinei Monastery, Alexandru, son of Octavian Cotescu or Valeriei Seciu, Father Daniil, and Monica Fermo, who, on the advice of Father Calinic Argatu, took the road to Jerusalem and became Mother Ecaterina. However, unlike all of them, Mariana Buruiană never became a nun.

Although it is not known exactly why the great actress chose the path of the saints, it is suspected that it had to do with a conflict she had with Virgil Ogășanu, the director of the theatre where she worked. At one point, the latter reproached her for getting involved in various political activities that took place in University Square.

More, of course, is not known, but the sensitive nature of the actress would have pushed her to withdraw into solitude, away from controversy.

Mariana Buruiană is also said to have long sought her own path, and was even seen selling candles at a church in Bucharest. Later, however, she ended up doing translations for Herald Publishing.

“So I put myself, once again, in God’s hands. A few years passed and the question of existence became more and more acute. There was no point in getting my pension, for it was so small that it really wasn’t worth it. I never earned much money, although, given how hard I worked, someone on the outside might think otherwise,” Mariana Buruiană once told the press.