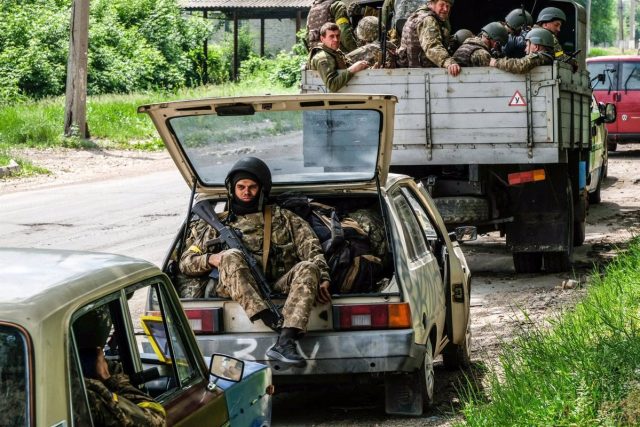 North Korea has expressed on Wednesday its support for the independence of the separatist regions of Lugansk (LPR) and Donetsk (DPR) and the Lugansk authorities have assured that this recognition expands their possibilities at the international level.

Pyongyang’s recognition of Lugansk’s independence is a manifestation of its support for the struggle against “Nazism” and also, for Lugansk Foreign Minister Vladislav Deinego, expands the region’s possibilities in the international arena, TASS news agency has reported.

Thus, he has emphasized that “naturally, this step of North Korea will significantly influence the life of Lugansk, expands the possibilities and consolidates its status in the international arena,” adding that the example of North Korea will be followed by other countries.

Read:  Ukraine denounces the entry of Russian warships in areas of the Black Sea closed to navigation

“I believe that after this step, other countries will see that Lugansk is not an ephemeral entity, but a real state, which has proved its right to statehood,” Deinego has indicated.

In the missive addressed to Lugansk, North Korea has stressed its efforts “to defend its right, its way of understanding life, its outlook and ideals” and to fight against “Nazism.”

“The letter sent to the Lugansk authorities offers words of support to the people of the separatist Lugansk region, words of support for our struggle for independence in the confrontation with Nazi aggression and the satellites of the United States, which have consolidated to create in Russophobic hysteria a kind of breeding ground throughout the Russian world,” Deinego sentenced.

The North Korean authorities have recognized on Wednesday the independence of the self-proclaimed Donetsk People’s Republic (DPR) and its neighboring Lugansk (LPR), located in the Ukrainian Donbas (east) and following the steps taken by Russia at the end of February that were the prelude to the invasion of Ukraine.

In this regard, the Ukrainian Foreign Ministry has announced the severance of diplomatic relations with North Korea after the Asian nation recognized this very Wednesday the independence of the self-proclaimed Donetsk People’s Republic and its neighboring Lugansk, located in the Ukrainian Donbas and akin to Russia.