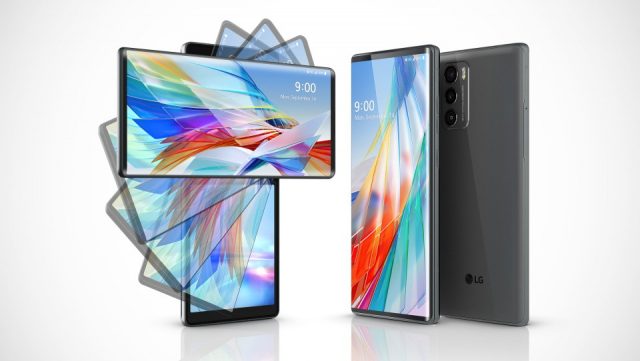 It’s been a year and almost a half since LG officially exited the smartphone market, and the company seems to be sticking to its promises to phone users who bought the last few generations. Just a few months ago, LG Velvet users received system updates to Android 12, and now, even those who bought the odd dual-screen LG Wing device are getting the update to version 12 of Google’s operating system. This will most likely be the last major system update for this model.

LG Wing devices in the U.S. have started receiving updates to Android 12, including through U.S. carriers like Verizon. The new update changes the operating system, but retains LG’s proprietary interface and dedicated features made specifically for the two-screen form factor. That means the Material You features, which customize the colors of the interface to the background on the screen, don’t make it to the LG Wing. However, LG’s software controls two interfaces simultaneously and can display two apps on different screen formats at the same time.

Read:  Which online casino has the biggest welcome bonus?

In addition to the new system update, which adds improvements from Android 12, the new update also comes bundled with the July 2022 security update. Given that LG no longer has an active phone division, the delay in security updates was to be expected. However, it’s not such an old update, especially since it’s already September 11 and Google seems to be delaying the security update even on Pixel models. Thus, the LG model is only one version behind the most recent release. The LG Wing will go down in smartphone history as the South Korean company’s latest attempt to grab attention in the smartphone market. This was a very unusual phone, with a slider system for the main screen that positioned it in landscape mode, above another small square-shaped secondary screen. These features were useful in filming, multitasking and some games that could display extra information on the bottom screen, such as a route map in racing games. However, the high price and performance that wasn’t exactly top-notch at launch kept many users away from this phone.