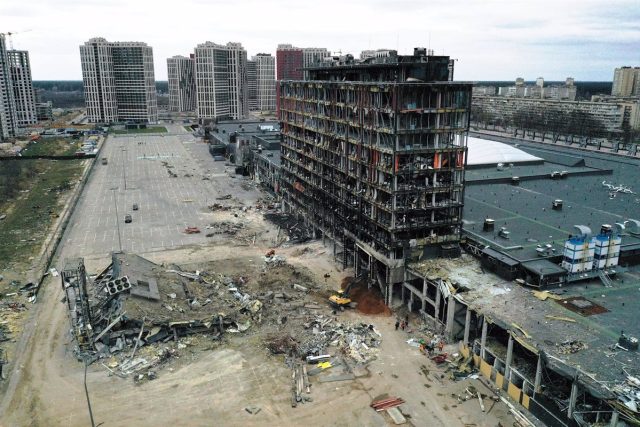 The Latvian Parliament on Thursday adopted a resolution accusing Russia of committing “genocide” against the Ukrainian people, while calling on the member states of the European Union (EU) to impose an embargo on Russian oil and gas. .

In a statement, the one known as Saeima explained that the statement, adopted unanimously, expresses his support for the initiative “to collect and investigate evidence of war crimes committed by Russia throughout Ukraine.”

Thus, the deputies have welcomed the investigation of the International Criminal Court (ICC) on this matter and have trusted that all those who have committed crimes against humanity and war crimes and those responsible for not arresting them will be held accountable in court.

Regarding sanctions, the Latvian Parliament has called on the Euro-Atlantic community and its partners to “urgently” impose “comprehensive” sanctions against Russia, with the aim of “stopping the ability of its Army to continue its military aggression in Ukraine” .

In this regard, they have demanded that the EU Member States “immediately” stop importing Russian oil and gas, in addition to increasing military, financial, humanitarian and diplomatic support for Ukraine and “unanimously” supporting initiatives that “isolate Russia from international and regional organizations”. Here they also call for “equivalent” measures against Belarus as a “supporter” of military aggression.

Read:  Almost 50 journalists were killed in 2021, according to an IFJ report

“Strongly” condemning Russia’s large-scale military aggression “with the support and participation of the Belarusian regime,” the statement stressed that the “unjustifiable” invasion of Ukrainian territory constitutes “a serious violation of Ukraine’s sovereignty and territorial integrity.” “, in “clear” violation of Russia’s obligations under the United Nations Charter and International Law.

“Latvia and Latvian society have shown unwavering support, loyalty and solidarity with Ukraine and its people,” recalled the chairman of the Parliament’s Foreign Affairs Committee, Richard Kohl, after the resolution was approved.

“With the adoption of this declaration, and unanimously, we continue to do so”, he considered, before urging “not to forget the current main priority: to protect the population of Ukraine from further crimes against humanity and to help Ukraine free its land of the occupants”.

In his opinion, this can only be achieved “through an urgent and drastic expansion of arms supplies to Ukraine and an immediate cessation of imports of fossil energy from Russia by the EU.”

Kohl has criticized that “there have been delays in arms supplies for months for fear of provoking (Russian President Vladimir) Putin, but with the increase in Russian atrocities, this precaution is no longer an excuse or justification to allow that the genocide spreads in the heart of Europe, in the Ukraine”.

Regarding sanctions, he has indicated that “the continued financing of the Russian war machine is morally unjustifiable and strategically short-sighted.” Thus, he has pointed out that “to give it up, Western leaders will need considerable political courage.”

Finally, the Latvian Parliament has condemned Russia’s “abusive veto” in the UN Security Council and has called for “accelerating” the implementation of the body’s reforms.

The statement “is based on extensive testimonies and evidence of the brutal mass crimes committed by the Russian Army”, justified the Parliament, which has mentioned the murder, torture, sexual abuse of Ukrainian civilians, including women in children, in cities like Irpin or Mariupol. The ICC has already opened an investigation, while Russia firmly denies these accusations.