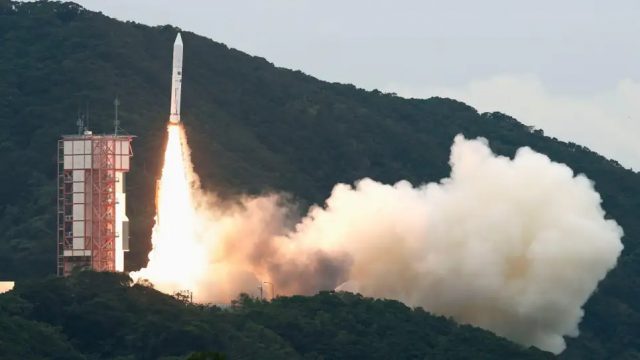 JAXA, the Japanese space agency, was forced to detonate its Epsilon-6 rocket in flight just 10 minutes after launch. Apparently an error resulted in a faulty trajectory, and the Japanese agency’s management made the decision to destroy the rocket before it reached space. Because the initial trajectory was wrong, it was almost impossible to estimate afterwards whether the orbit it reached was a safe one that would not interfere with other objects in space. The rocket carried eight commercial satellites, which were completely destroyed.

Japan’s Jaxa Agency decided to abandon the mission after the Epsilon-6 rocket lifted off.

This was the sixth Epsilon-6 launch in the last 9 years, and the only one that was not successful. It was also the first commercial flight of the rocket, the other five launches being exclusively for government operations.

Satellites to be put into orbit by this mission were for companies that wanted to monitor the planet with radar sensors, others that wanted to be placed in an orbit synchronized with that of the planet to track the sun in exactly the same, parallel orbit, while others wanted to test the possibility of using water as fuel in space and a satellite that would assist in launching other satellites back to the planet (deorbiting) with a sail.

Japan’s JAXA agency had another failed launch in 2003, when it attempted to launch spy satellites to monitor activity in North Korea. In that instance, too, the decision was made to controllably detonate the rocket before it reached orbit.