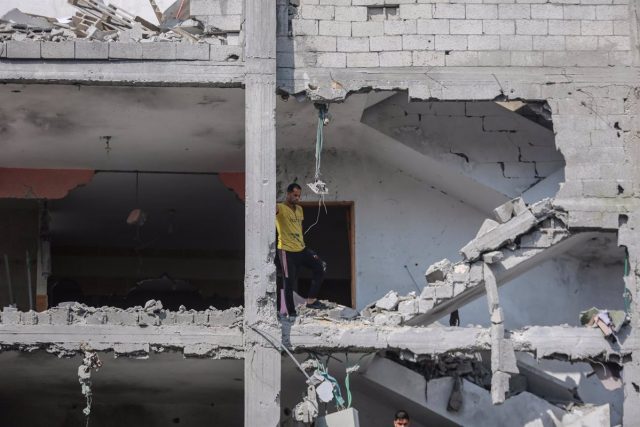 The Israeli government on Sunday officially confirmed a ceasefire agreement to end the three-day escalation of war in the Gaza Strip. The truce came into effect at 11:30 pm.

The Israeli government, which until now has never formally confirmed an agreement with groups it considers terrorist organizations, has warned that it will respond “forcefully” if the terms are breached.

“If the cease-fire breaks down, Israel reserves the right to respond forcefully. We will not allow either side to disrupt the daily lives of residents in Israel,” the Israeli government said in a statement.

The Public Diplomacy Directorate of the Israeli government, which reports to Prime Minister Yair Lapid, has thus broken a long tradition whereby Israel has never confirmed an agreement with Palestinian militias.

Until now the confirmation came through unidentified sources in order to preserve the argument that Israel does not negotiate with terrorists.

Read:  UK Intelligence confirms the burning of several oil depots in the Russian city of Belgorod

Earlier confirmation of the agreement had been circulated by Islamic Jihad. “A moment ago an agreement was reached on the text of the Egyptian truce agreement which includes a commitment to work for the release of two prisoners, (Bassem) Al Sadi and (Jalil) Al Awawda,” explained a leader of Islamic Jihad, Mohammad al Hindi, in a message reported by the Israeli press.

Al Sadi was the top Islamic Jihad official in the West Bank and was arrested last week in Jenin. Al Awawda is also in Israeli custody.

UN Special Envoy to the Middle East Tor Wennesland has stressed his “intense commitment” to backing the ceasefire and has already announced that a UN team will visit Islamic Jihad prisoners Al Sadi and Al Awawda, who is on hunger strike because he is being held without trial in Israel.

“We underline our commitment to whatever we can do to end the current escalation by ensuring the safety of the civilian population and following up on the issue of Palestinian prisoners,” Wennesland said in a statement. “I will continue to work with all relevant parties to urgently de-escalate the situation,” he added, according to ‘The Times of Israel’.

So far the Gaza Strip authorities have confirmed 41 Palestinians dead and more than 311 injured since the start of the spiral of violence, although this may not be the final toll, as up to the time of the ceasefire and even afterwards there have been rocket fire from Gaza. Israel has also bombarded positions in Gaza with aircraft before the agreement came into force.