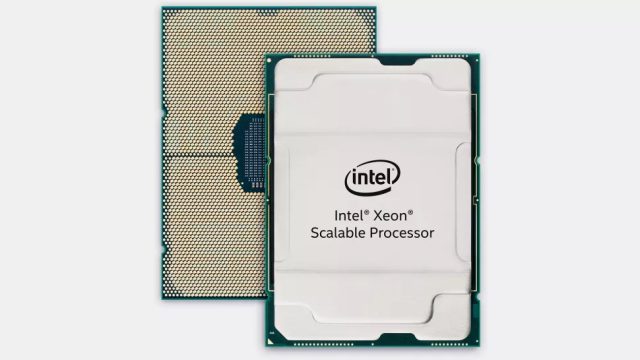 The concept is not exactly new and has been tested in the past, but was abandoned after the reactions received from consumers were more vehement than anticipated. This time, Intel does not plan to sell top-notch processors to ordinary consumers, but only to deep-pocketed customers, who have been ordering Xeon processors for server infrastructure for many years and would like to pay now for a certain level of performance and virtually unlock the upgrade to the next level of performance when needed.

Although it may seem absurd to someone who is just saving up to buy a new PC for personal use, the concept of software upgrade, with the subsequent payment of a fee to the original equipment supplier, is fully reasonable for corporate customers.

Even if this is not immediately obvious to customers in the retail market, processor manufacturers (Intel or AMD) usually include the same physical silicone in entry-level processors, but also in those sold at considerably higher prices, the performance delivered to the consumer. the end being only announced by the label with the model name and the shelf price. It is not uncommon for a hardware manufacturer to have more functional chips than it can actually sell in the top-end segment, artificially limiting the capabilities of high-quality chips, just to be able to meet the demand for lower price range. So, why not deliver the best-performing chips at the price demanded by consumers anyway, keeping open the option to bring them to the next level of performance, after paying the price difference presented as an “upgrade” option?

In order not to risk too much controversy from retail consumers, Intel has decided to introduce the software called Software Defined Silicon (SDSi) exclusively for the Xeon processor range, as evidenced by the latest version of the Linux kernel (5.18 ). Thus, Intel customers who already use Xeon processors will be able to permanently unlock higher performance levels by simply applying a microcode update (the CPU equivalent of the BIOS update), the whole process being reduced to a simple restart of that server .

For now, Intel does not disclose all the details behind the pay-as-you-go upgrade program. For example, in addition to unlocking actual performance, we could also see so-called feature unlock, such as activating support for more RAM (eg raising the limit from 2TB to 4.5TB RAM), activating certain virtualization technologies and thermal management.

To put things in perspective, it is worth mentioning that there are currently 57 different models of processors in the Xeon Scalable range, the ability to “upgrade” to almost any version of the CPU without removing the hardware for hardware interventions, possibly Paying less than buying a brand new CPU will surely arouse the interest of many buyers.

Apple begins moving iPad production out of China, too, to the exasperation of the Beijing regime