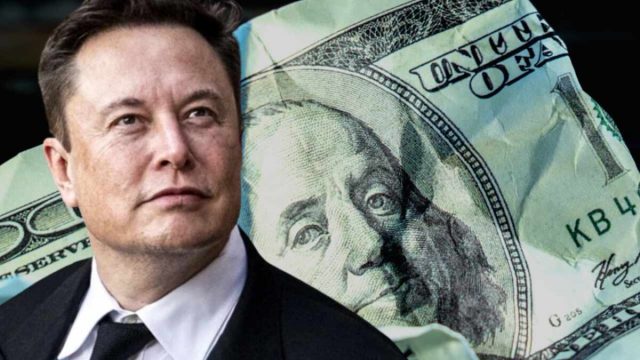 Elon Musk thinks inflation has peaked and the U.S. economy will be in recession for about 18 months. “We have a pretty good idea of how the prices of things change over time“, the billionaire explained, noting that “inflation is going to fall rapidly”.

Elon Musk explains why he thinks inflation has peaked and the recession will last 18 months.

Tesla and Spacex CEO Elon Musk shared his views on the U.S. economy, inflation and the recession at Tesla’s 2022 annual shareholder meeting Thursday.

Responding to a question about inflation, he explained, “We have a pretty good idea of where product prices are going over time, because when you make millions of cars, you have to buy commodities several months before you need them…Because it’s a long supply chain with a huge amount of inertia, we kind of have an idea of where prices are going over time.“

Musk detailed:”The interesting thing we’re seeing now is that most of our raw materials, most of the things that go into a Tesla – not all of them, but more than half – the prices are trending down in six months, six months from now.“He added:

The trend is down, suggesting that we are past the peak of inflation.

However, Musk noted, “Making macroeconomic predictions is a recipe for disaster, but my guess is that we are past peak inflation and will have a recession. I think it will be a relatively mild recession, but I’m just guessing.“

Stressing that his point of view is a “total speculation“, he opined:

We think it’s a mild recession for 18 months or something like that, that’s what I think right now.

He explained, “We don’t have fundamental misallocations of capital in the U.S. as we did in the past, for example, before 2008, when we were building primary housing twice as fast as household formation, which obviously doesn’t make sense. A lot of companies were overleveraged.“

Musk concluded, “The leverage or the debt that companies have right now is relatively low, so I would say probably, you know, a mild, moderate recession, maybe 18 months or so, and I think inflation is going to fall quickly. That’s what I think.“

Read:  One crypto to buy and hold forever... and it's not Bitcoin

The Tesla CEO’s remarks at the shareholder meeting echoed his tweets on July 28. At the time, he wrote: “Inflation may be trending down (…) Tesla’s raw material prices are trending down more than up“.

Musk began talking about a recession in the U.S. economy a few months ago, after revealing in March that both Tesla and Spacex were seeing significant inflationary pressure.

“We’re probably in a recession and this recession is going to get worse, but these things pass and then there will be periods of prosperity again… It’s probably going to be a little difficult for, I don’t know, a year, maybe 12-18 months” he said in May.

He then stated that a recession “is actually a good thing” for the American economy, adding, “It has been raining money on fools for too long. Some bankruptcies must occur“.

Robert Kiyosaki’s three factors that show the collapse of the world economy!