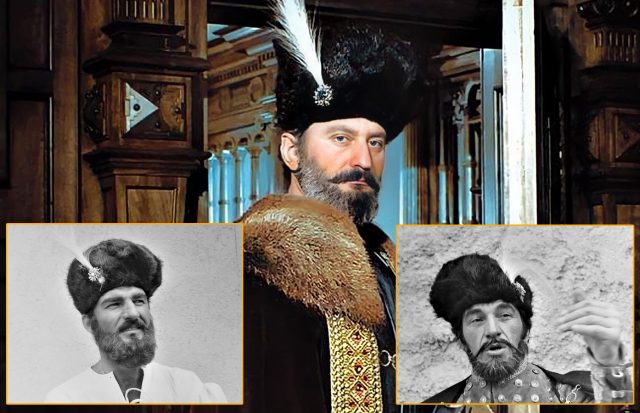 Ranked 3rd in the list of the most watched Romanian films, “Mihai Viteazul” had Amza Pellea in the lead role. Find out how Sergiu Nicolaescu lost the role and what Ceaușescu’s influence was in this change.

The famous historical film began with Sergiu Nicolaescu wearing the robes of the ruler Mihai Viteazul. You can watch HERE what one of the most important rulers would have looked like in real life. However, the role went to Amza Pellea. In August 1970, Buftea was buzzing with excitement because of the arrival of a Hollywood emissary who was presented with the latest productions of the Bucharest Film Studio.

Hardly satisfied, he wanted to see something else, and half-heartedly, he was presented with a last title that had not even been edited, as filming had just finished. This film was presented to him as the most expensive ever shot in Romania, which aroused the American’s interest.

“Mihai Viteazul” thus became distributed by Columbia Pictures worldwide, with the Americans paying the Romanians $200,000 to promote it further under the name “The Last Crusade”.

The story of the film begins, however, in 1966, when this title was announced in the plans of Studio Cinematografic București.

Film leaders decided that the project should be directed by screenwriter Titus Popovici and director Sergiu Nicolaescu, the latter declaring that the film should be made in co-production with Columbia Pictures. The Americans would have provided a budget of four million dollars and a cast that would have included Orson Welles, Laurence Harvey, Elisabeth Taylor, Richard Burton and Charlton Heston.

The dream, however, was shattered when Nicolae Ceausescu decided that the film’s cast should include only Romanian actors. Another important thing to note is that the final production sum reached 33 million lei, a record in the Romanian film industry.

Read:  Porsche continues to innovate: what it has managed to implement in 26 countries

Actors’ auditions did not begin until 1968, and one of the big problems raised was finding the actor to play the role of the ruler. Many Romanians who watched the famous film have no idea that it started with Sergiu Nicolaescu in the lead role. Stuntman Paul Fister, one of the great director’s collaborators, revealed years later that he was very disappointed by the producers’ decision.

“I remember that they shot at a brisk pace until around the holidays, and after the winter shots were finished, they called Sergiu to the ‘High Gate’, so to speak. “You don’t look good in this role,” the Ceaușeasca told him.

They didn’t like it. So other auditions with actors followed, the whole search process started again, until Amza was found. Sergiu took on the character of Selim and he really turned out to be an excellent role. But he suffered a lot because he was thrown off the ship he had conquered like a pirate!

Before he took on the role of Mihai, dozens of auditions were held with all the leading lights of Romanian cinema, but no consensus was reached. So he said, “Let me prove it to you!” But there’s one more thing people need to know. Sergiu was a survivor, he always fell on his feet.

Even though he lost the role, he didn’t grumble, he didn’t sulk, he got on with his work, he reshot the footage that needed reshooting, and he released this extraordinary film. A few fight sequences with him as Michael, however, remained in the final version. They can be identified on closer inspection,” Fister said.

The actor Papil Panduru told that about 18 million lei were spent on the filming of the filming in which Sergiu Nicolaescu still played the main role. In the end, it was already clear that Amza Pellea was going to play the role of the ruler.

“After the end of the winter shooting, the madness of the changes began. Every day two or three variants appeared with who would play Michael, until one day in spring when I got very upset, went to the barber and shaved my beard, cut my hair short and then went to Ion Brad.

Mitică Fernoagă and Titus Popovici were there. When they saw me, they were stunned. Some probably breathed a sigh of relief, others just marveled. Being extremely upset, I said to them: ‘Gentlemen, not only will I stop acting, but I’m imposing Amza Pellea on you in the role of Mihai, if you want me as director’,” Nicolaescu wrote in the book “Life, Destiny and Film”.

The film “Mihai Viteazul” premiered only on February 13, 1971 , 13.340.304 spectators watched the film in Romanian cinemas. The cast of the film included 240 actors and 10 theatres in Bucharest, while the film crew numbered 356 people.

Read:  Sony's electric car, closer to reality: Tesla could be the alternative

Approximately 7,000 soldiers and 700 horses were used during the two years of filming, and the props numbered 11,000 costumes specially made for what is one of the best Romanian films in the history of cinema.

Emancipation: what Will Smith’s latest film is like after his Oscar palm