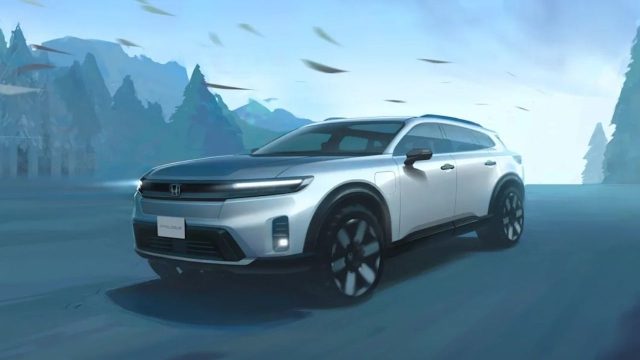 After announcing the very nice Honda E and a long-term collaboration with GM, Honda has clarified its ambitions for electric vehicles. But it is still behind most other carmakers – especially its closest rival Toyota, which is launching its first mass-produced electric car this year.

To whet our appetite, Honda has unveiled a picture of Prologue, its first electric SUV to be launched in 2024. Well, it looks a lot like what you’d expect from a Honda SUV.

The first of a long line of electric cars

Prologue was developed with General Motors and will use the same BEV3 electric vehicle architecture as the similarly sized Cadillac Lyriq 2023, as well as the Buick and Chevy electric vehicles in the mid-size crossover segment. The prologue will also use GM’s Ultium battery management system and will be manufactured at a GM factory.

Read:  Dacia Jogger: the newest model prepared by Romanians, why will you buy it

The single image, which is just a rendering and not a photo of the Prologue in action, shows the clean lines of the body and the sturdy tires of the SUV. Prologue is a design collaboration between its Los Angeles and Japan studios and was also developed with GM. There’s something old and new here for sure, but its relatively simple aesthetic makes the Toyota BZ4X look pretty radical in comparison.

Read:  Aquaplaning - the dangerous phenomenon that many drivers face: what it is and how you control it