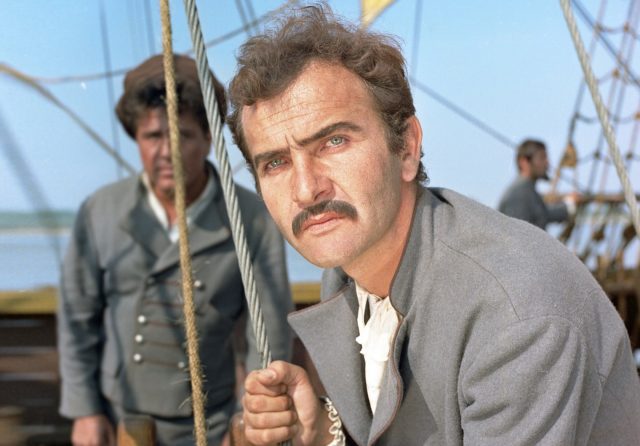 Emanoil Petruț has not been with us for years, but the Romanian actor will always remain in the collective memory of our country, since the roles he played have the gift of having made him immortal.

He was the voice of Decebal, but also of Mihai Viteazul and he played in countless historical films directed by Sergiu Nicolaescu. He died much too soon, in 1983.

He was discovered by George Vraca: “I was born an actor”

He played negative and positive roles and was a stage partner of leading personalities of the Romanian theatre of that period.

He was discovered by the great George Vraca, and in 1948 he was sent, at the expense of the administration of the town of Mărășești, to the Faculty of Theatre in Iași, after the first year transferring to the Institute of Theatre and Cinematography in Bucharest, which he graduated in 1953.

In 1957 he joined the “I. L. Caragiale” in Bucharest, and in the 1957-1958 season he was already acting in “Apus de Soare”, after the opera written by Barbu Ștefănescu Delavrancea.

Because of a health problem that had affected his vocal cords and made his voice sound tinny, Sergiu Nicolaescu found himself in the position of having to dub Amza Pellea’s voice in Mihai Viteazul. This task fell to Emanoil Petruț.

“I was born an actor, regardless of whether this statement bothered or bothers anyone, an actor, just as horses are born horses, just as trees are born trees, because I believe that the artist is a species like any other, which nature has created and which people can no longer do without”, declared Emanoil Petruț, in 1975, for Almanah Cinema.

About the world of film, the one he loved so much, Emanoil Petruț said: “Of course, these bilateral relations also imply an obligation on the part of the public to appreciate their actors, not to damage their myth, not to vulgarize them. A certain discretion is also necessary on the part of the public, which is the judge of our artistic life, but not of our personal life, to which we have the same right. It is true that our profession obliges us to be in the public eye, but sometimes it is, to say the least, unpleasant to be the target of comments of all kinds from the man in the street.

Talking about Romanian films, I prefer the ones that give you the opportunity to meet a large audience, that is, the accessible genres. I think that films improperly called “light” naturally enjoy the increased affection of the spectator, who looks for a moment of relaxation in the film and not of meditation.

This observation should not make us forget, however, that the public is eager for comedies, dramas, detective shows and adventures, and that they are only good; and for us, the employees of the public, their opinion must be sovereign”, he declared in the sixth issue of Cinema magazine in 1968.

Passes away shortly after his wife

In 1960, the young actor married Catinca Ralea, daughter of the famous aesthetician and philosopher Mihai Ralea.

At the time, he was 28 and she was almost 31. Catinca Ralea was said to be one of the most cultured people of the time, having had an exceptional career in radio, among other things.

They both sleep their final resting place in Bellu Cemetery in the capital.

Read:  Neil Gaiman has revealed his favorite episode of the second season of Good Omens