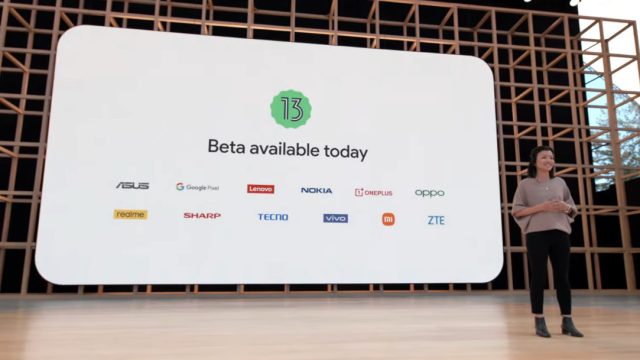 Android 13 beta is now available for smartphones other than the Pixel series. What are these and how can you install it.

Google has been announcing the Develorper Preview version of Android 13 since February, with the Android 13 beta version being the condensed edition version of the features reserved for launch this fall.

Meanwhile, the Google I / O conference brought Android 13 beta 2, with major improvements in security and privacy protection, as well as a better refined version of Android code, in general. Starting with Android 13, it’s possible to set permissions for sending notifications, permissions for pairing with other devices through the Nearby Share feature, accessing media files, and more. At the same time, a new photo selection application has been added, aimed at better protecting your data.

As with any unofficial firmware installation, the beta 2 firmware application is done by resetting the device to factory settings. Similarly, restoring the device to the official firmware version is also done by completely resetting the phone. In addition, even in beta 2, Android 13 is still far from its final form, there are many bugs and not very complete functions that will give you headaches. So, if you’re not the type to frequently experiment with unofficial Android ROMs, you might want to wait for the official release and firmware guaranteed by your device manufacturer.

Read:  Apple is launching the feature to block unwanted explicit photos on iMessage for children's accounts