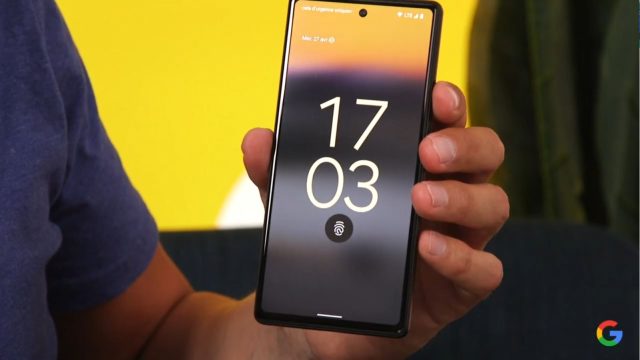 Google is preparing for the launch of Pixel 6a, its new smartphone considered “mid-range”, but we have a few more weeks to wait until it reaches the market. However, it seems that the official unboxing, which was probably scheduled to be published closer to the time of availability of the device, has already reached the Internet, and now we can see what the phone really looks like and the accessories it comes with. The source appears to be the company’s French division.

Pixel 6a is basically a Pixel 6 “lite”, but in the true sense of the word. Chinese manufacturers tend to call all kinds of phones significantly weaker in terms of performance, which sometimes do not even keep the design lines of the original series. Pixel 6a, on the other hand, uses the same Google Tensor processor on the flagship, 6 and 6 Pro models, but comes with limitations in some chapters.

Read:  What the new Windows 11 Task Manager will look like. PHOTO

For example, we are dealing with a 60 Hz screen instead of 90 or 120 Hz, limited performance cameras and only 6 GB of RAM with 128 GB of storage without a microSD slot. Wireless charging also disappears.

The box of the Pixel 6a is a “slim” type, so we did not expect too many accessories in the package. The phone comes with a USB-C cable at both ends and a USB-A OTG adapter. It is unclear what the purpose of this accessory is and why Google is including it in the package. Most users would probably have preferred a charger. The only other things in the box are the user manuals. At a price of over 400 euros, Google delivers this mid-range model without a cover and even without screen protector.

Read:  Samsung has also given up an accessory in the Galaxy S22 case

But what this model gets compared to others on the market is software support for five years (security updates), with three major android updates guaranteed. Being a Pixel model, these updates come on the very first day of availability of the new software, not after a few months.

Pixel 6a is expected in stores in the US, Canada, Germany, UK, Ireland, France, Italy, Spain, Japan, Australia, Singapore, Taiwan and India on July 21. It will probably appear on the “gray market” in Romania, on this occasion.