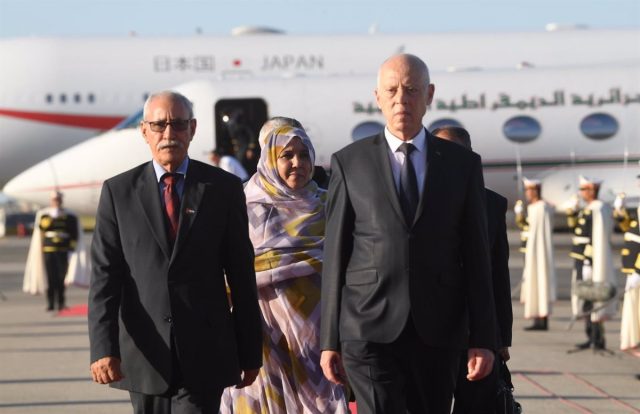 The leader of the Polisario Front, Brahim Ghali, thanked the Tunisian President, Kais Saied, for the “impartiality” with which he has treated the Saharawi cause, in response to the “confusion” which, in his opinion, Morocco is trying to generate.

The Moroccan government recalled on Friday its ambassador in Tunis for consultations in response to Ghali’s attendance at a regional forum, which has opened a new front of diplomatic tension in the Maghreb over Western Sahara.

“The Saharawi people will always remember the honesty, transparency, clarity and impartiality with which the Saharawi cause has been treated,” Ghali said in a missive addressed to Saied and in which he praised the “coherence” of his host, according to the SPS agency.

Read:  The IAEA says it has "serious doubts" about Iran's "lack of information" about some undeclared sites

All this, he noted, “despite attempts to sow confusion” by Morocco, which said in a statement from its Foreign Ministry on Saturday that it did not believe the arguments put forward by the Tunisian authorities to justify the invitation to the president of the Sahrawi Arab Democratic Republic (SADR).