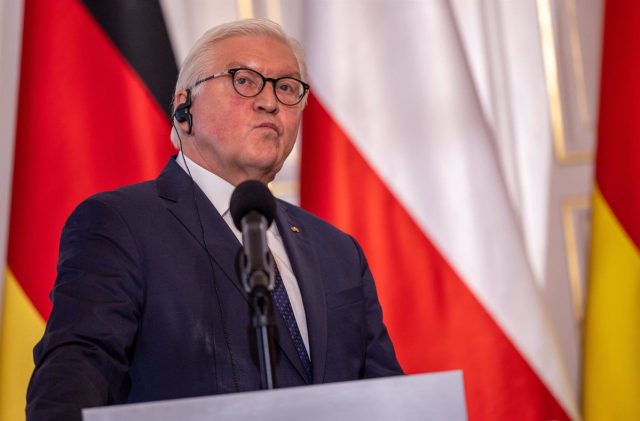 The Vice Chancellor of Germany, Robert Habeck, has described this Thursday as a “diplomatic error” the rejection of the Ukrainian authorities in view of kyiv by the president, Frank-Walter Steinmeier, who has raised controversy in the European country.

“The federal president is Germany,” Habeck indicated, adding that, therefore, the rejection constitutes “a rejection of Germany.” “Unfortunately, I have to put it this way: the Ukrainian side has made a diplomatic mistake,” he continued, in statements published by the Funke group’s newspapers.

Asked whether he or Foreign Minister Olaf Scholz will travel to Ukraine, a possibility that has remained up in the air, he specified that now it is necessary to deal “quickly” with resolving “the problem and not aggravating it”. “That’s what telephones were invented for”, he has riveted.

For his part, the Ukrainian Foreign Minister, Dimitro Kuleba, has lamented that the information released in the German media has caused this situation and has shown his intention that the conflict be resolved through diplomatic channels.

Kuleba has pointed out that the appropriate way to negotiate an official visit must be through diplomacy, because when they are leaked to the press, public discussions and confrontations take place that directly interfere in the work between the parties and negatively affect them.

“We do not always agree with German policy, but we respect Germany as a state and as a partner, and it is clear to us that the head of state, the president of Germany, is one of the symbols of this country,” he said, according to the Ukrinform agency.

Thus, the person in charge of the Ukrainian diplomatic portfolio has opted to resolve the tensions between kyiv and Berlin and has been convinced that relations between the two nations will not be affected by this episode.

“We defend relations based on mutual respect and, frankly, for the creation of a new German policy towards Ukraine in the current circumstances,” Kuleba concluded.

On Tuesday it became known that Steinmeier had shown his willingness to meet with Ukrainian President Volodimir Zelensky in kyiv as part of a delegation with Poland, Lithuania, Latvia and Estonia, but he rejected such a possibility. The decision has caused misunderstanding and criticism in Germany.

Earlier this month, Ukraine’s ambassador to Germany, Andriy Melnik, sharply criticized Steinmeier’s closeness to Russia. “For Steinmeier, the relationship with Russia was and remains fundamental, even sacred, no matter what happens. Not even aggressive war plays a significant role in this,” he said.

Subsequently, Steinmeier himself made a self-criticism about his personal position regarding Russia in recent years, from his role as head of the Chancellery from 1999 to 2005 and as foreign minister from 2005 to 2009 and from 2013 to 2017.

Thus, he regretted not having taken seriously the warnings about Russia from Eastern European countries after 2014 and stressed that support for the German-Russian gas pipeline Nord Stream 2 was a blow to Germany’s credibility.

“Holding on to the Nord Stream 2 was clearly a mistake,” he said. “We cling to bridges that Russia no longer believed in and that our partners warned us about,” she added.