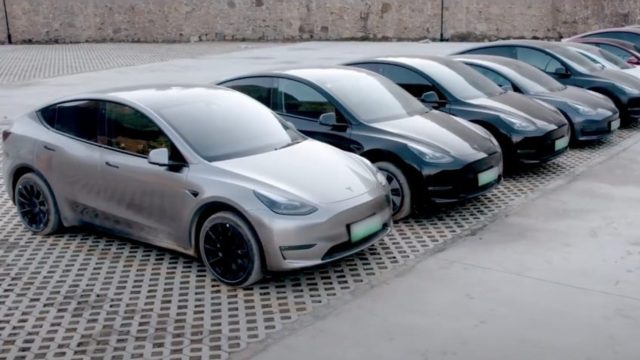 The Kraftfahrt-Bundesamt authority, responsible for traffic safety on Germany’s roads, is calling on car manufacturer Tesla to recall no fewer than 59129 cars to remedy a problem relating to safety in the event of an accident.

The complaint concerns Tesla Model 3 and Model Y cars produced in 2022 and equipped with a dysfunctional revision of the eCall system, which is required as mandatory equipment for all new car models sold in the EU. Responsible for automatically dialling emergency numbers, when built-in sensors detect the occurrence of a traffic accident, the system would not work properly, or at all.

As is often the case with Tesla vehicles, the problem is not necessarily a hardware one, but rather a software one. Unfortunately, however, the system operates semi-independently of the car’s computer, so patching must be done by a Tesla technician using specialized equipment available only at authorized service centers.

The cars affected by the recall were produced exclusively at Tesla’s factory near Berlin, reaching buyers in the EU.

This isn’t even the first incident of its kind, with 3 of the 11 recall orders issued for Tesla cars being for patches to correct software problems. One of the most serious was patched on Tesla cars produced between 2021-2022, with the software bug causing the dashboard console to overheat and lock up, with users losing access to essential information and functions such as driving speed and wiper or headlight control while driving.

Read:  How big will the Apple Watch Series 8 Pro be, the answer to the Galaxy Watch5 Pro and Garmin models. PHOTO