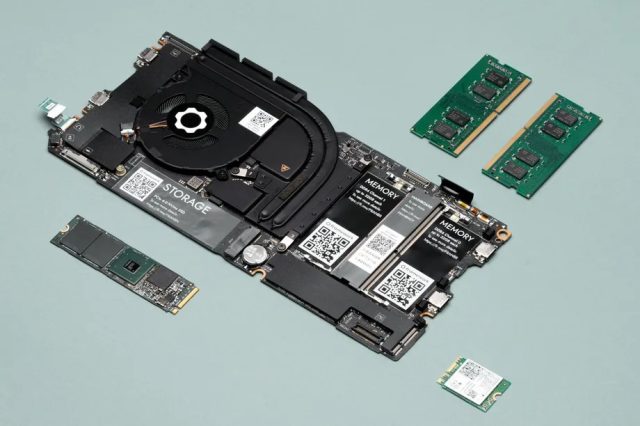 Framework, the company that launched a fully modular and repairable computer last year, has announced that it will also offer for sale the motherboard that it integrates into laptops. Thus, those who have a faulty motherboard will be able to replace it with a new one, while users who need a laptop motherboard to turn it into a desktop computer now have a dedicated solution, with also with the scheme to 3D print a case.

Framework laptops can be delivered completely disassembled for user assembly, or complete, ready to use. The company boasts that these laptops are modular, offering the ability to replace RAM, battery storage and even connectivity ports. Until recently, these capabilities were standard on laptops, but most companies have given up these options in favor of the smallest size. However, Framework laptops are not much bigger than regular ultrabooks.

Read:  What phone is needed to play Warcraft Arclight Rumble, the new mobile title from Blizzard

A motherboard for the Framework starts at $ 399, and includes an Intel Core i5-1135G7 processor. Of course, it does not include RAM or storage, which are installed by users. The more expensive i7-1185G7 model costs $ 799. As the Framework is a very open company, it has made DIY enclosures for those who want to use these boards in a similar way to a Raspberry Pi, to be integrated into various projects that still need more processing power than can provide a microcomputer. The only thing missing is a power supply, which is the laptop charger socket, which can be purchased separately.

Read:  The first ranking of the most reliable SSDs in the world, published by a famous cloud service provider The fact that Framework offers these motherboards also means that in the future, those who already have a laptop will be able to upgrade to the processor, buying a motherboard equipped with a new model with Intel from the 12th generation, when these will be available on the company’s computers.