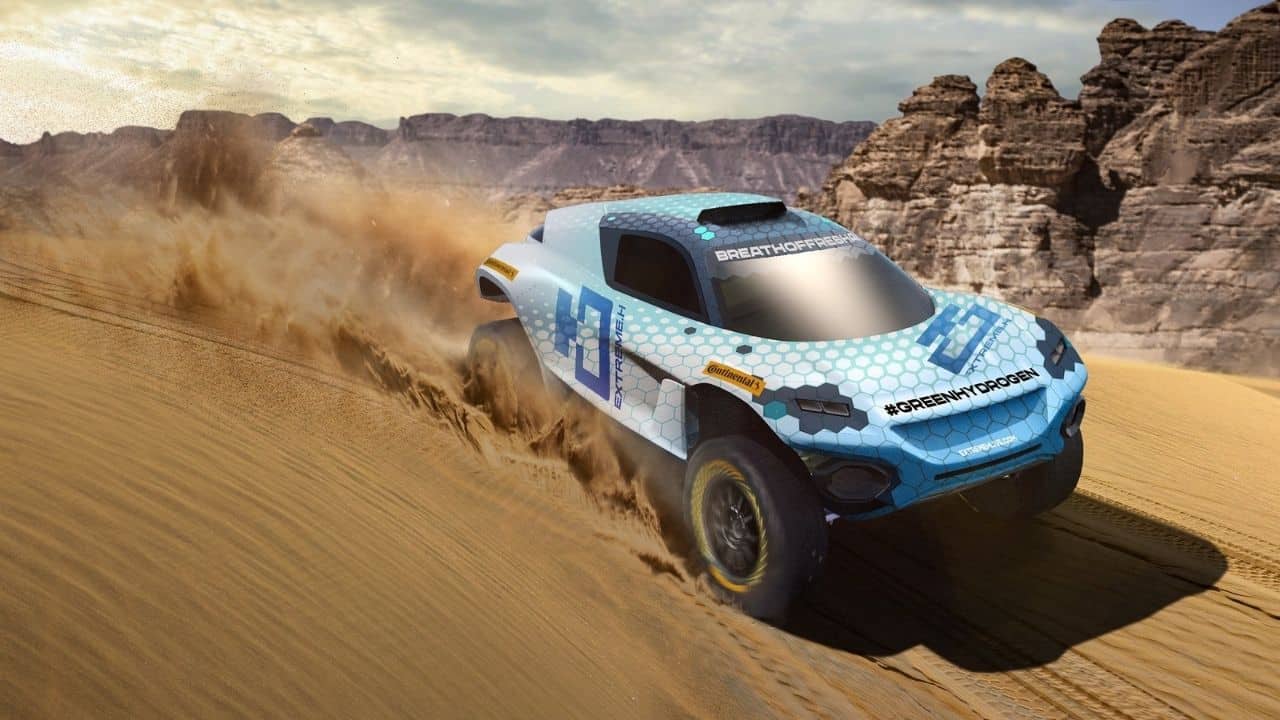 Extreme E has organized its first all-electric off-road sport race in 2021, showing that electric vehicles can be quite capable in gloomy racing conditions.

However, the company has unveiled a completely new series of races called the Extreme H, the world’s first off-road motor sport with hydrogen-powered vehicles.

In 2021, at the first Extreme E event, Rosberg X Racing took first place in the Desert X Prix in Saudi Arabia, led by drivers Johan Kristofferson and Molly Taylor. The event had a lot of excitement around it, thanks to the Baja style off-road vehicles being completely electric. A major motor sport event in 2024 will take place to lift things up, with cars running on both electric propulsion systems and hydrogen fuel cells.

The company works on its own vehicle

Extreme H will also take place in Saudi Arabia, only this time, both races will take place simultaneously, with the same format. It looks like the company is already busy developing its Extreme H car, hoping to have a prototype ready for racing by early 2023. The hydrogen-powered vehicle will have the same propulsion system and chassis as the Extreme E vehicles, but will run on hydrogen fuel cells instead of battery.

According to Alejandro Agag, the founder, “Extreme E was designed to be a test bed for innovation and mobility solutions. It has become increasingly clear to us that the creation of a series of hydrogen races is a natural evolution of our mission to present the possibilities of new technologies in the race to fight climate problems. ” He said the vehicles would run on “green hydrogen” using a combination of water and solar energy.

Read:  The blow of the year for billionaire Soros: how his empire will grow, while you can't pay your bills

For now, it is not clear exactly what to expect or what conditions must be met for vehicles to enter. The organizers are analyzing two layouts for hydrogen vehicles, those being combined racing or full transition. In any case, fans of off-road racing have to wait for two more interesting events, not to mention the epic vehicles that will hit the ground.